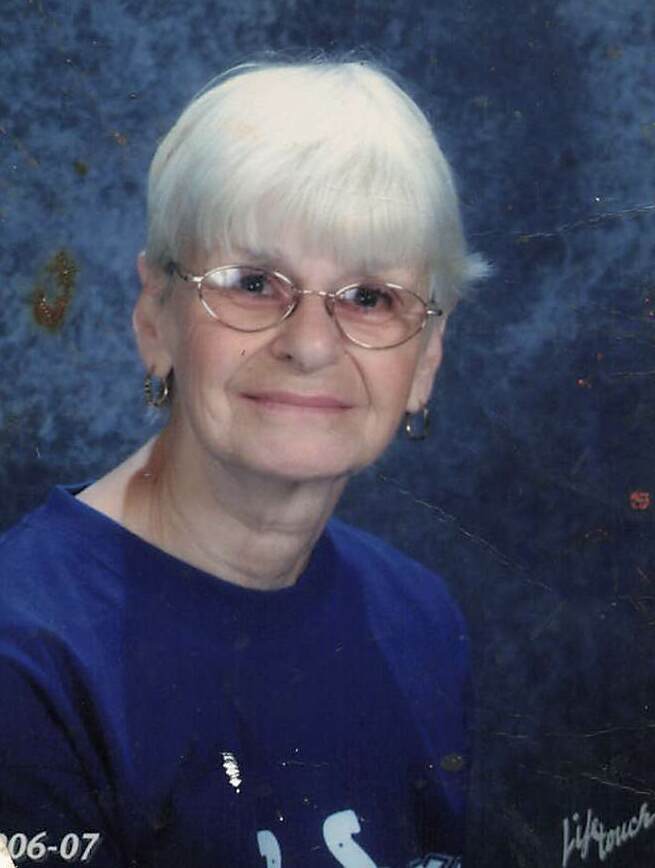 Please share a memory of Christine to include in a keepsake book for family and friends.
View Tribute Book
Christine Lina (Clement) Thorne- Gordon Christine and her older sister, Katherine Clement grew up in the St. Joseph's home for children in Cook Co. Chicago, Illinois. Somewhere along the line they were put into separate foster homes never to see each other again. Christine had always hoped to reunite with her sister and while it didn't come to fruition here on earth, it is our hope that they will do so in Heaven. Christine made a home in Indiana with her love, Avon Craig Thorne (Buddy). She worked at Pike High School and retired after 25 years of service in 2009. Christine was a fan of the Colts, NASCAR - specifically Jeff Gordon, and enjoyed SpongeBob SquarePants. She was a member of Vineyard Life Church. When it came to Jesus, she was not just a fan but a follower. Through growing up in and out of foster homes, losing her love in 1978, cancer diagnoses, epilepsy, and losing her eye sight, she kept her faith in the Lord strong. No matter her circumstance, she knew the Lord was good and she called herself blessed. The joy of the Lord shined right through her. She understood Romans 8:18 well, the sufferings of this life are nothing compared to the glory he will reveal to us later. Christine woke up in the glory that was promised to her on October 27, 2022. She is deeply missed by those she leaves behind, yet we celebrate knowing she has won the race and is at rest in the loving arms of Jesus. She is preceded in death by her love, Avon Craig Thorne (Buddy); her 16 year old 4-legged companion, Rocky. She is survived by her children, Dawn Marie Thorne, Joseph Buddy Thorne, and Johnny Craig Thorne; grandchildren Shawn Bedell (Thorne) and Erik (Amanda)Thorne; step-daughter Debbie Felks (Thorne); step-grandchildren Nicholas and Ryan; great grandchildren Harper and Easton Bedell, Braylon, Kaidin, Flex, and Persephone Thorne. The family would like to extend their deep gratitude for Tony Harvey for helping them care for Christine.

Share Your Memory of
Christine
Upload Your Memory View All Memories
Be the first to upload a memory!
Share A Memory