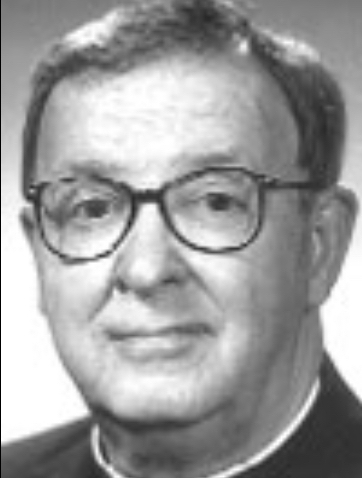 Fr. Francis E. Bryan passed away on March 23, 2022. He was born on October 9, 1936 to the late Frank J. Bryan and Agnes K. Bryan (Christensen) in Indianapolis, Indiana. He attended grade school at the former Assumption Catholic School. He attended St. Meinard Seminary and was ordained a priest on May 6, 1962. He was the Assistant Pastor for St. James the Greater of Indianapolis where he was also a high school instructor. In 1968 he was the chaplain at St. Paul Hermitage in Beech Grove and was a full-time instructor at the former Bishop Brute Latin School. In 1969 he was the Assistant Pastor at Holy Name Catholic Church in Beech Grove, Indiana. In 1972 he was the Associate Superintendent of education and the Director of Religious Education at Holy Name. In 1974 he was a full-time instructor at Marian College in Indianapolis. In 1977 he became the chaplain and continued teaching at Marian College. He retired from Marian College in 2006, while continuing as chaplain until he retired in 2008. Upon retirement, he moved to his long-time family home and continued his lifelong love of raising plants and flowers. The backyard of the family home was completely full of roses, daylilies, daffodils and iris. He was an avid horticulturist and enjoyed any type of flowers, plants and trees, indoors and out. Surviving family includes his sister, Therese Staton and husband Randall, and sister, Elizabeth Bryan. Deceased siblings include Joseph Bryan (Loretta); Catherine Stout, Agnes (Pat) Lococo (Morris (Lou)) and Paul E. Bryan, M.D. In addition, he has 11 nieces and nephews; 15 great nieces and nephews; and 18 great-great nieces and nephews. A Mass of Christian Burial will be held 12:00 PM on Thursday, March 31, 2022 by Archbishop Charles Thompson at St. Peter and Paul Cathedral 1347 N. Meridian Street Indianapolis, IN 46202 with a visitation from 10:00 AM until time of Mass. Interment to follow at Calvary Cemetery Priest Circle. Arrangements entrusted to Stevens Mortuary 5520 W. 10th Street Indianapolis, IN 46224. To leave an online condolence or to share a special story or memory about Fr. Bryan please visit www.stevensmortuary.net.

Share Your Memory of
Rev. Francis
Upload Your Memory View All Memories
Be the first to upload a memory!
Share A Memory