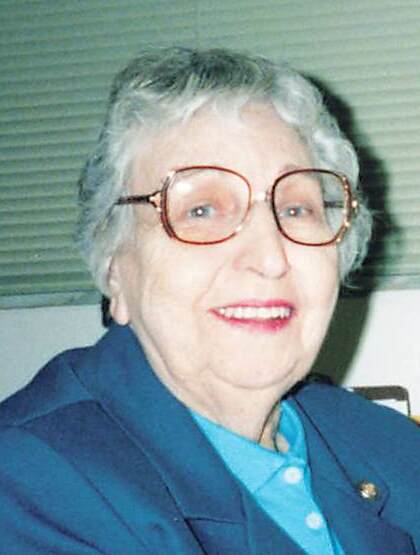 Nancy Mansi 03/28/1925 – 03/02/2022 Nancy “Nunziata” Mansi was born in London, England on March 28th, 1925. She passed away on March 2nd at Westside Garden Nursing facility. Although she never married, she is survived by her nieces, nephews, and close friends especially Mike and Carol Brown and the entire Brown family. During World War II, she was sent to the countryside to avoid the bombing of London. While there, she worked with the Red Cross making bandages for wounded soldiers. Since her parents were Italian immigrants, she grew up speaking both Italian and English and was quite proficient in French as well. In London, besides her large family, she had many friends with whom she attended concerts, lectures, films and other social activities. She, also, developed an interest in reading which remained with her all her life. She also loved to travel. In 1967, she immigrated to America to be with her sister Betty and her husband Joe. In Indianapolis, she first worked for WXLW Radio, and then spent many years working for the Indiana State Health Dept. Upon retirement, she volunteered at Westview Hospital for many years before its closure. Although she never became a U S citizen, she was deeply devoted to this country and had an extensive knowledge of its history and politics. She, also, kept up with what was happening in England and Italy and greatly appreciated the Royal Family. Nancy was a wonderful friend, a lifelong Catholic, and attended church at St. Michael the Archangel. We appreciate the loving care she received by the staff of Westside Garden Nursing Center. In lieu of flowers, memorial contributions may be made to St Michael the Archangel Church.

Share Your Memory of
Nancy
Upload Your Memory View All Memories
Be the first to upload a memory!
Share A Memory