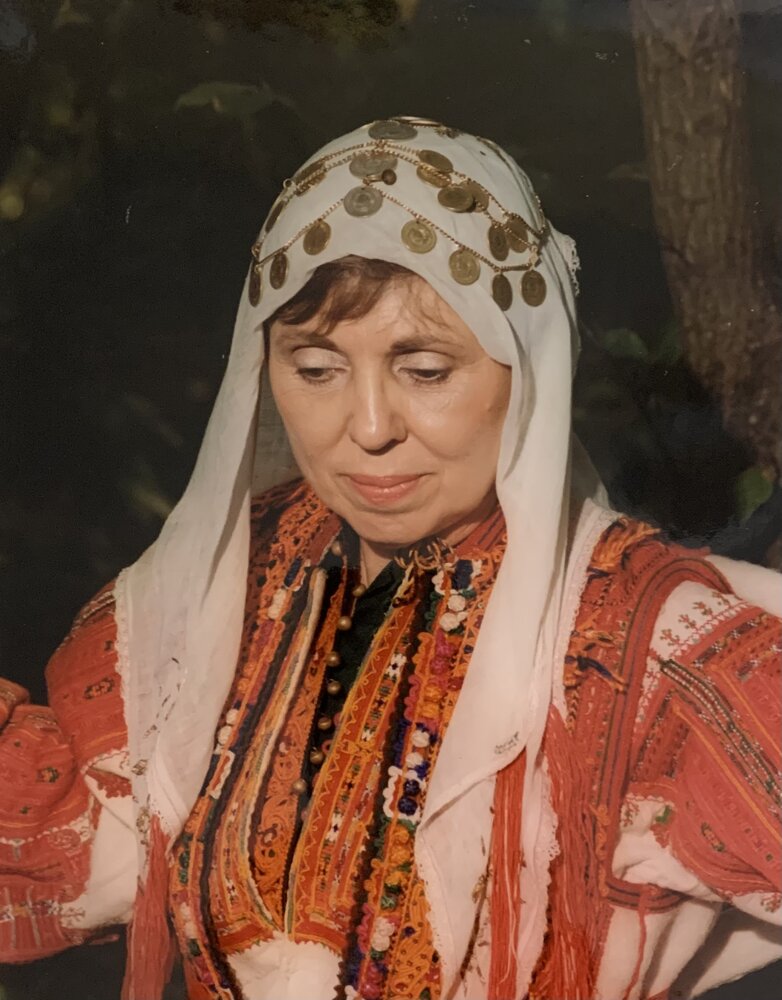 Luba Kazacoff, of Brownsburg, Indiana, age 92, passed away on Monday, February 7, 2022. Luba was born in Indianapolis on June 2, 1929 to the late Lazo and Sophia Stoicheff, who emigrated from Bitola, Republic of Macedonia to the United States in 1928. She was a graduate of Shortridge High School in 1947. Shortly after graduation, she married Louis Kazacoff. Proficient in shorthand and typing skills, she secured a job as a legal secretary for two Indianapolis attorneys. She later became executive secretary to the president of a life insurance company. Luba’s interest in international folk dancing and music began in 1987 after a visit to Macedonia. From 1992 to 1995, she was cultural chairman of the Balkan Festival, put on by three Orthodox churches in Indianapolis. Luba gave her family the gift of music; she loved to play the piano for herself and for others. Luba was predeceased by her husband, Louis Kazacoff, in 1993. She is survived by her daughter, Nancy (Dick) Bradley; son Michael (Kathy) Kazacoff; and grandchildren: Daniel and Philip (Sarah) Bradley; Ryan (Annie), Andrew (Autumn) Kazacoff and Katie (Stuart) Amick.

Share Your Memory of
Luba
Upload Your Memory View All Memories
Be the first to upload a memory!
Share A Memory