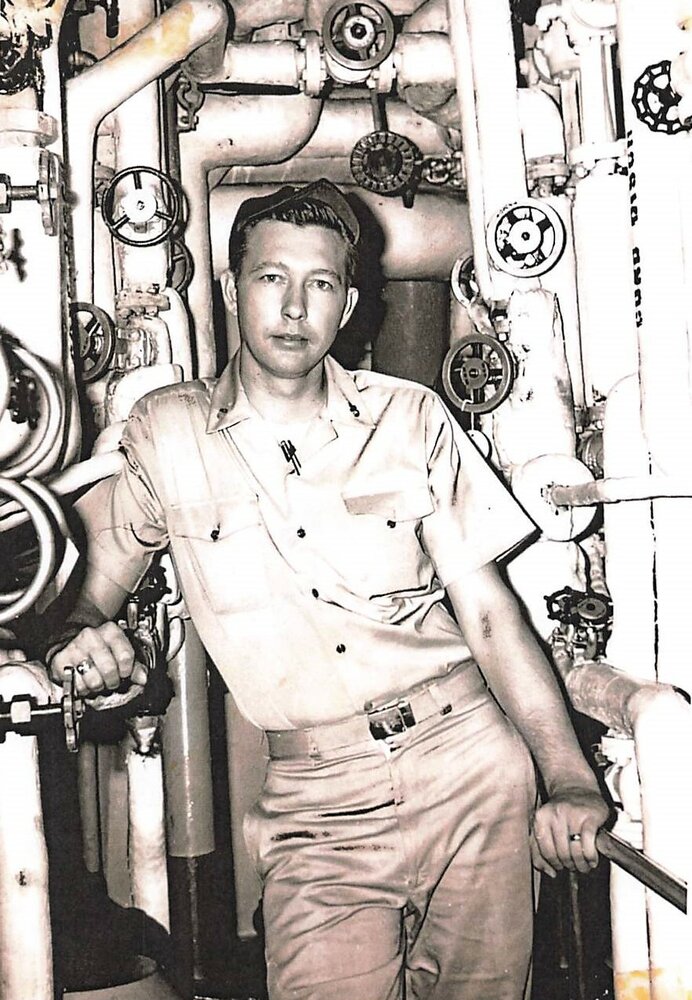 Please share a memory of Anthony to include in a keepsake book for family and friends.
View Tribute Book
On August 25th, 2021 Anthony “Bud” Meiring Sr. was called by our Lord to join him in Heaven. He is walking with the angels, free of pain and enjoying everlasting comfort and happiness. Bud married the love of his life Mary Kocha Meiring of Indianapolis and they shared 52 years of marital bliss. Bud and Mary shared four children, Anthony Wayne Meiring Jr. married to Kelly Meiring, Roberta Bowman married to Raymond Bowman, Louis Williams married to Margie Williams, and the late Gary Williams married to Teresa Williams. Bud accomplished many things in his lifetime, but one that seems to stand out the most is being the man of wisdom and guidance. He was a pillar of strength in our lives. In addition to his four children, he was a proud grandfather and great-grandfather to many children. Bud’s grandchildren include Mary Jo Johnston; Mark, Scott, and Ben Willliams; Gary Willams, and Tracy Slavens; Tyler, Madison, and Taylor Meiring, Evan, and Paige Lamar. Bud’s great-grandchildren include Macey and Drew Johnston; Levi, Drew, Jayln, Camyl, and Jett Williams; and Sophie and Will Slavens; Brooklyn, Alexis, and Jaden Williams; Brantley and Blake Williams. Bud loved being involved in his grandchildren’s lives. He was a dedicated fan of their academic and athletic endeavors. He was very proud to be able to help shape them into the people they are today. As well as being a husband, father, grandfather, and great-grandfather Bud was also an amazing brother. His siblings include his eldest late brother Gordon Meiring married to the late Vada Meiring and then Rhea Meiring. Also, his two younger siblings Darlene Porter married to Dennis Porter and Greg Meiring married to Debbie Meiring. Bud’s relationship with his brothers and sister will be treasured forever. It was a connection that needed no words, it was embedded in their hearts. Bud was also a son to Clyde and Bernice Meiring, who preceded him in death. In his adult life, he generated a distinguished career in the United States Navy. He later retired with the rank of Chief Petty Officer. He then pursued a career as Director of Boiler & Pressure Vessel Division for the state of Indiana. In addition to that, he served on the Board of Boiler & Pressure Vessels as well as being a respected member of the Veterans of Foriegn Wars and the American Legions- Masonic Lodge. Finally, he retired to enjoy life with his family. Over his life, Bud acquired many talents. He was a fantastic volleyball player in his adolescence, an excellent golfer in his adult years, he was most exceptional at playing cards with his family. He was incredible at expressing his love and affection for his family members, enough to bring a tear to your eye. Bud was also very well known for the chocolate fudge he would make every year at Christmas. He would always make enough for everyone to have their very own box, so everyone felt included. This was a tradition that we will all cherish forever. Later in his life, Bud had a tough battle with cancer which was diagnosed in July of 2020. He was resilient and fearless. He beat his battle with cancer on several counts. However, in the end the cancer prevailed after a long journey. Bud passed away in his home surrounded by people who loved him dearly. He will be in our hearts forever and a day will never pass that we do not think of him. We will see him again someday, but until that day comes… “I Can Only Imagine”. We love you… brother, husband, dad, grandpa, great-grandpa, and most of all, friend.

Share Your Memory of
Anthony
Upload Your Memory View All Memories
Be the first to upload a memory!
Share A Memory