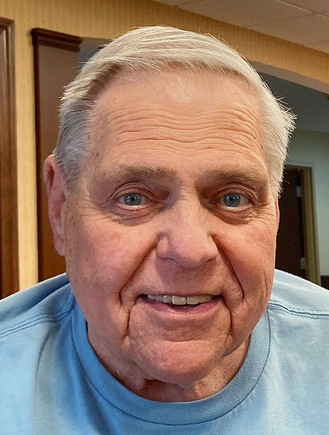 Frank C. Velikan Best remembered as a proud father, treasured grandfather, and faith-filled teacher, Frank C. Velikan of Brownsburg died on Wednesday, March 17, 2021. He was 84. Frank, the eldest of three sons, was born in Indianapolis on April 27, 1936, to Frank and Caroline Velikan. He grew up in the Haughville neighborhood in a house that his father built. Frank excelled academically at Washington High School and joined the United States Army upon graduating in 1954. He spent two years in the ROTC Army Artillery Battalion at Fort Sill, Oklahoma (1959-1961), where he became an expert marksman and an ordinance navigator. While plotting navigation of the Howitzer, Frank discovered a passion for teaching. Upon completion of his military service, he enrolled in Marian College (now Marian University) and graduated with honors with a degree in business in 1965. That same year, Frank married Veronica Ruth Peck, with whom he had nine children: Phil, Jeff, Victoria, Paula, Chris, Diane, Frank, Greg, and Sarah. Goal-oriented and hardworking, Frank supported his large family with a dedicated teaching career. In 1970, he earned his master’s degree in educational administration from Butler University, and spent the next four decades serving students and teachers in the Archdiocese of Indianapolis. He began his career at Chartrand High School (now Roncalli) as a business teacher and coach. He next moved to Cardinal Ritter Jr./Sr. High School to serve as athletic director, teacher, and later principal. He then moved on to serve at Father Thomas Scecina Memorial High School as both assistant principal and dean. Frank will be remembered as a servant-leader. He was a proud and active parishioner of St. Malachy Catholic Church since 1976. Additionally, he was involved on the national board of the Marian College Alumni Association, the National Catholic Education Association, the Holy Family Knights of Columbus, the St. Aloysius Society, and the Non-Public Education Association. In 1994, Frank was named a Sagamore of the Wabash by then-governor Evan Bayh for his distinguished service to the State of Indiana. He was also awarded the Mother Clarisa Dillhoff Award for distinguished Achievement in mentoring. Frank is preceded in death by his parents, youngest brother, Dan and grandchild, Garison. He leaves behind his brother, Jim; his nine children: Phil (Diana), Jeff (Jill), Victoria, Paula, Chris (Judi), Diane (Rick), Frank, Greg (Amber), and Sarah; Sixteen grandchildren: Elise, Mitchell, Joslyn, Sophia, Evan, Alex, Samantha, Max, Ian, Adyson, Brittney, Spencer, Vincent, Preston, Layla, and Peyton; nieces Jennifer and Kelly and nephew Randy. Due to Covid-19 restrictions, the family had opted to hold a private funeral service. A Mass of Remembrance will be held at St. Malachy Catholic Church at a future date to be determined. Memorials may be made to St. Malachy Catholic Church, 9833 E CR 750 N, Brownsburg IN 46112.

Share Your Memory of
Frank
Upload Your Memory View All Memories
Be the first to upload a memory!
Share A Memory