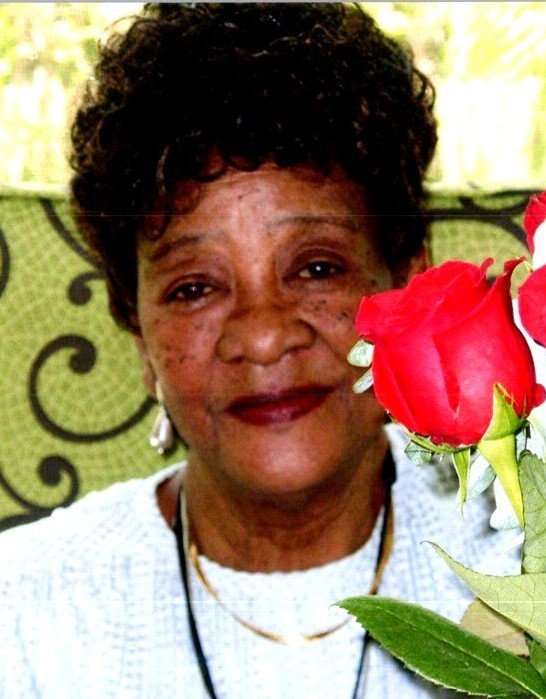 Mattie Louise Wyatt. affectionately called “Mama, Whitlow, Granny, Aunt Mattie, or simply Mattie” 81 years of age, passed away at her loving daughter’s home surrounded by family and friends on June 20, 2020. Mattie was born October 1, 1938 in Pine Bluff, Arkansas to the late Virginia Sue Palmer and Elzie Whitlow who preceded her in death. Mattie was the eldest of 7 siblings of whom two preceded her in death. Mattie was a native of Muncie, Indiana where she grew up and was educated in the Muncie Public School System. She went on to graduate from Stevens Decatur College in Decatur Illinois. Upon graduation from college Mattie relocated to Indianapolis, Indiana. Mattie was married to John McNeill and from that union four children were born: John Calvin McNeill, Terri Lynn McNeill, Doris Ann McNeill and Ethel Lee McNeill. Mattie was later married to Robert Nickolas Wyatt for 45 years until his passing in March 2013. You could often find the two of them fishing, camping, cooking fish and hosting family gatherings at their home. Mattie was such an excellent cook that a simple visit would always turn into a love fest with friends and family. Mattie professed her life to Christ at an early age and was a member of Western Star Baptist Church, and later These Are They Church until her health declined and she was unable to get to the church. Mattie worked many years for Indianapolis Public Schools, as a school Police, ultimately retiring as – Sergeant, Mattie Wyatt. During her career she also worked for St. Vincent’s Hospital and Skeffington’s Formal Wear. But her most important job was wife, mother, homemaker, friend, confidant and master chef. Mattie was known for her loving kindness and her unconditional care and selfless giving to others. She was also known to all who came to her home for her delicious and soul cooked foods. She would warm your spirit and soul with her soulful foods and hospitality. She could cook anything! Any type of untamed meat the men would bring to her, she would masterfully and tastefully cook, including Deer, Coon, Goat, Rabbits, Pig, KY’s (Chitterlings) and) Fish. You bring it to her-- she would cook! Don’t laugh, because it would be DELICIOUS and have you asking for seconds! Or, if you were homeless, Mattie would give you shelter; if you were hungry, she would feed you; if you were without a mother, she nurtured you; if you needed comfort, she did that too. Mattie would be your Angel. Mattie was in that group of special ladies who are rapidly becoming extinct. If you didn’t know her personally, you missed a treat. If you did know her, you will miss her dearly. Mattie made her earthly transition from labor to reward on June 20, 2020. She was preceded in death by her husband, Robert N. Wyatt, her parents, two sisters and a brother. She leaves to cherish her memory five children, John Holiday, Terry Johnson, Doris Minton-McNeill, Ethel Gaines and Bobby Wyatt, Ten grandchildren, 21 great grandchildren and four great great-grandchildren. One Sister, Cozetta Whitlow Matthews, two favorite aunts, Elizabeth Parkman and Geneva Evans; a host of uncles, nieces, nephews, cousins and friends who were all very dear to Mattie. Mattie said “By the Blood of Jesus, I’m going home! I will see you on the other side family! I am free!!!”

Share Your Memory of
Mattie
Upload Your Memory View All Memories
Be the first to upload a memory!