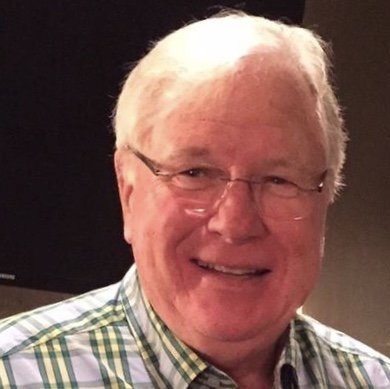 Stephen P. Midkiff, 73, of Avon, Indiana passed away on October 7, 2019. Stephen was born on December 25, 1945 in Indianapolis, IN to Dexter and Mary Blanche (Atkins) Midkiff, both preceding him in death. Stephen attended Washington High School in Indianapolis and Ball State University in Muncie, Indiana. He played football for Ball State and was a member of the undefeated 1965 team which was inducted into the BSU Hall of Fame in 2014. He then played professionally for the Indianapolis Capitals for a few years before moving into coaching, where he coached football at South Decatur HS then Maconaquah HS. After his coaching days he began his very successful career in banking. He started as a management trainee in the early 1970's, carrying the infamous Green Briefcase and continued to enjoy the upward spiral in his banking career. Steve held many positions in banking, participating in various Economic Development Bond Issue projects for the State of Indiana. Steve was Senior Vice President, Merchants National Bank and Trust Co. Investment Division, and Managing Director of Indiana National Bank, Investment Division. When Steve retired in 2011 he was Deputy Treasurer of State and managed the Investment Portfolio for the State of Indiana. Stephen was a member of the Sigma Phi Epsilon fraternity at Ball State University. He is survived by his fiancé, Melinda S. Dye; son, LTC Stephen (Renee) Midkiff Jr.; daughter, Kelley (Nathan) Goodrow; grandchildren, Clarke Mills, Tate Goodrow, Allison-Grace Goodrow, Elizabeth Midkiff, Christopher Midkiff and Michael Midkiff. A Memorial Service will be held 11:00 AM on Monday, October 21, 2019 at Stevens Mortuary 5520 W. 10th Street Indianapolis, IN with a gathering and visitation with family from 9:00 AM until time of service.

Share Your Memory of
Stephen
Upload Your Memory View All Memories
Be the first to upload a memory!