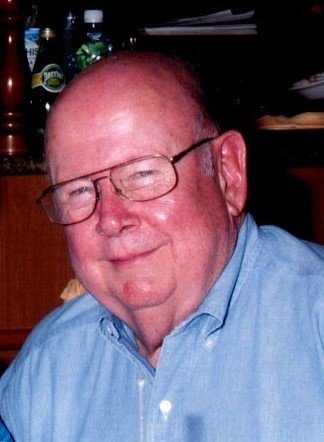 He leaves his wife of 30 years, Janet Norris, his daughters, Denise Norris Coleman and Diane Norris, his step- daughter, Dena Shively, three grandchildren and one great grandchild. He was preceded in death by his son, Daniel Norris, and grandson, Matthew Norris.

Born in 1937 to the late Oscar and Edith Norris, in Indianapolis, their youngest child, proved to be quite spirited. He was a graduate of Southport High School.  Ray served 8 years in the Naval reserves and was a proud member of the IBEW Local 481 for 63 years. Known exclusively as “Smiley” to many friends and co-workers because of his infectious smile and good nature.

Ray was a member of the Speedway Christian Church. He loved to travel, and he and his wife spent a total of 60 days on cruise ships, seeing many great sights and enjoying life. Along with travel, Ray was very passionate about his sports teams. The Colts, Pacers, and the Chicago Cubs, to name a few. He also loved Nascar and attended many races.

Ray enjoyed time with family and friends and loved to have fun. He loved to play cards and enjoyed an occasional Bud Light. He will be deeply missed by so many.

Services will be held at

Friday August 9th from 11am to 1pm, funeral immediately following

Share Your Memory of
Ray
Upload Your Memory View All Memories
Be the first to upload a memory!