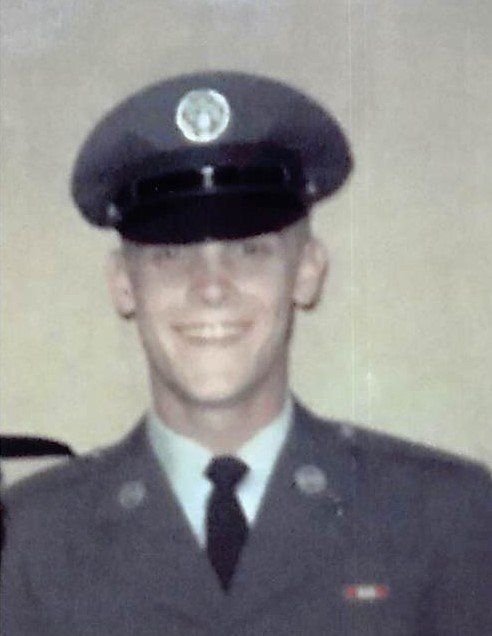 After a year and a half battle with stage four Esophageal Cancer, Terry Lamar O’Neill, 72, passed away peacefully at his home, May 18th, 2019 with his loved ones by his side.

He was born in Indianapolis, IN on September 15th, 1946, the eighth child of Walter and Florence O’Neill. He attended and graduated from Sacred Heart High School. Terry married his high school sweetheart, Linda Eater, and went to work at Allison Transmission.  Serving in the Air Force from 1966-1970, he was stationed in South Dakota and then served a brief tour in Okinawa, Japan. While in the Air Force, he worked as a flight mechanic on B-52 Bombers. Terry was given the prestigious E5 ranking within three years: such an accomplishment normally takes approximately 11 years to acquire. When he got out of the Air Force, he went back to work at General Motors, Plant 5, retiring 32 years later as a foreman.

Terry married the love of his life, Wilma Jean (Taylor) Mullis on May 21st, 1983 making this their 36th year together. He and Jeannie lovingly raised their blended family of 7 children. Family has always been important to Terry. In fact, his greatest joy in life was his family and he loved nothing more than a house full of kids and grandkids. He is survived by his loving wife Jeannie and his first wife, Linda Eater. All of his living children include; Teresa Duke (Jimmy), Joey O’Neill (Danielle), David O’Neill (Jennifer), Debera Riggs, Rhonda Jones (Tom) and Jerry Mullis Sr. (Amanda); All of his living grandchildren include Natasha, Jason, Jerry Jr., Brandon, Derek, LeeAnne, Jeremy, Stefanie, Shelbie, Zach, McKinsey, Kelsie, Bailey, Keith, Lily, Aidan, Cameron and 17 great grandchildren. He is also survived by his two older brothers, Walt O’Neill (Ann) and Bill O’Neill (Betsy). Terry was preceded in death by his father, mother, sisters Delores Kian O’Neill, Virginia Brooks, Beverly Spratt, Donna Scott, Ola O’Neill, daughter Stacie Lauver, and grandchildren Ryan Mullis and Natalie Duke.

Share Your Memory of
Terry
Upload Your Memory View All Memories
Be the first to upload a memory!