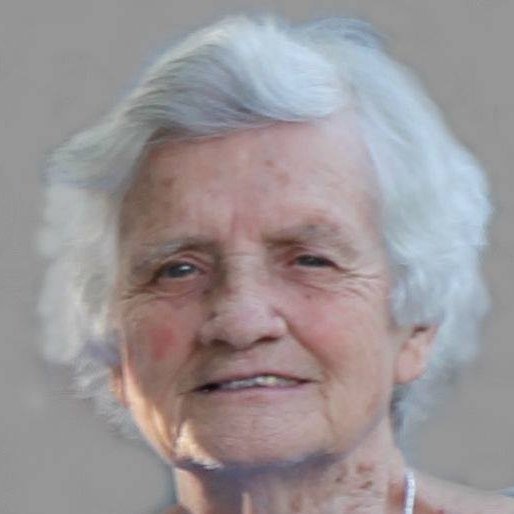 Graduated from Converse High School and nursing School in Indianapolis.

She worked as an OB/Gyn nurse for 36 years mostly at the Holloman Air Force Base in Alomogordo, NM where she became a mother figure for many young service men.

Joan was a generous, loving person who welcomed the neighborhood children who enjoyed her home baked cookies. Never wealthy, she made clothing for her children on her portable Singer sewing machine. She worked the night shift so she could care for her children during the day. Sleep was a precious commodity for her but she carried on tirelessly and raised five admirable children.

In later years she enjoyed a most loving relationship with her husband, traveling, and crocheting afghans for all her children, grandchildren, friends, and patients at the Children’s Hospital as well as some red, white, and blue ones for veterans.

Joan enjoyed Mother’s Day with breakfast with breakfast at her favorite restaurant, visits and phone calls from her children, reading the many cards she received from family and friends, and admiring the flowers from family and her ever faithful (adopted) son, Paul from Holloman AFB, now living in his native Hawaii. She passed peacefully the morning after this wonderful Mother’s Day.

Share Your Memory of
Joan
Upload Your Memory View All Memories
Be the first to upload a memory!