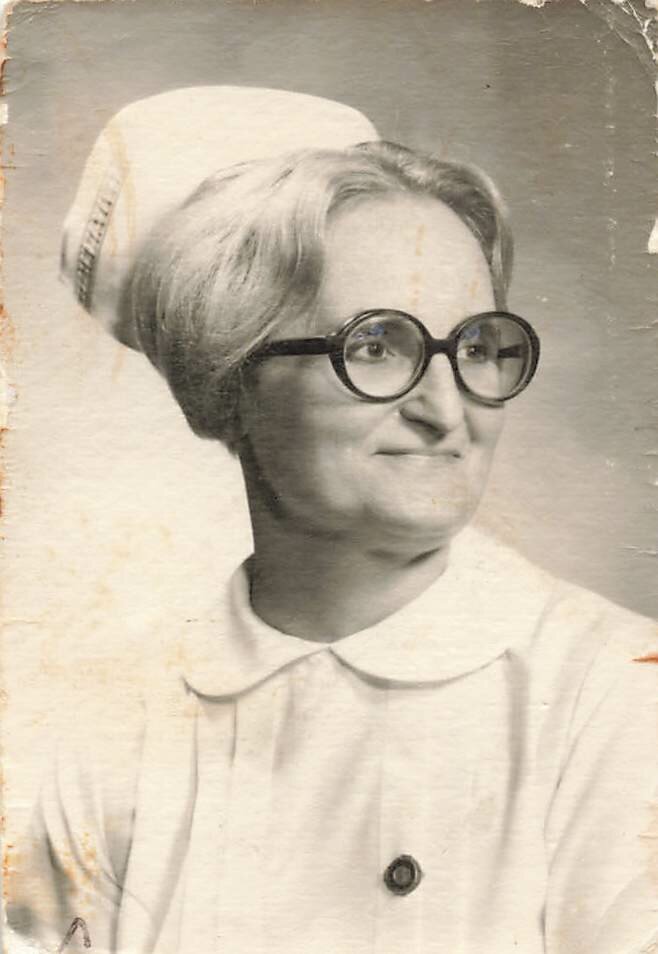 Mary E. Melle “Pidge” Binhack of Indianapolis, age 89, passed away with family at her side on December 19, 2022. Born in Indianapolis in 1933 to Anne and Elmer Melle, she married James Arthur Binhack on April 25, 1953. She was a graduate of St. John’s Academy, the first Catholic school in Indianapolis. After marrying, she was a stay-at-home mother for 20 years. In 1975 she graduated from the first Registered Nurse class at Marian University, launching a 20-year career as an RN. She served at St. Vincent’s Hospital, first as a floor nurse, then in the chemical dependency unit and later, hospice. Along with her husband, Mary was active in the Knights of Columbus and served in various capacities, including at one time as President of the Ladies Guild. In her retirement, Mary sponsored several children living in poverty in Latin America. Mary loved animals, particularly dogs and cats. An avid reader of novels, biographies and true crime, she became interested in the Tudor Dynasty and consumed all she could about Henry VIII and his many wives. Mary also enjoyed traveling, spending time with her family, crossword puzzles, watching movies and television. She was a faithful follower of Bill W. for 35 years. She is preceded in death by one son, John Gerard Binhack as well as her husband James. Mary is survived by her children Jody, Art (Teri), Chris (Jan), Pete (Julie), Lucy (Howard), Veronica (Kevin), and Anne (Abe), her grandchildren Jessica, Kyle (Jamie), Allie, John (Christina), Katie (MIchael), Kris (Alex), Emily, Kyvan and Lila, her great-grandchildren Gryffin, Ezra and Lukas. In lieu of flowers, please consider donating to Unbound at https:// www.unbound.org/DonationFunds/General