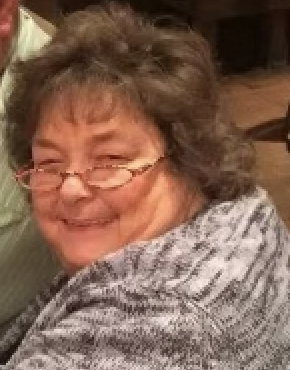 Susan Marie Watson né Beck, born September 26, 1948, to J. Robert and June Still Beck, died on December 14, 2022 in Indianapolis, IN. Wife of Jack (Harry John Watson III) for 52 years, mother of 4 (Tina, John, Sarah, and Eileen), and surrogate mother to countless many, Susan was an advisor, a teacher, and a guide. She was the foundation and the rock. A Mass of Christian Burial will be celebrated on Tuesday, December 20th at 11:00 a.m. at St. Michael the Archangel, Indianapolis with Father John Kamwemdo officiating. Visitation will be held at Stevens Mortuary on Monday, December 19th from 4:00 -7:30 p.m. with a recitation of the Holy Rosary at 7:30 p.m. A graduate of St. Michael Elementary, St. Agnes Academy, and Marian University, Susan taught at St. Michael’s, Scecina High School, and Cathedral High School. As a consummate teacher, her gifts extended beyond the classroom; she never missed an opportunity to pass on a bit of knowledge or skill to curious learners. Susan was devoted to her family, her church, and her community. A true servant leader, she was the first to step up to teach a class, coach a team, organize a parish festival, or cook a Sunday breakfast for a group of hungry Boy Scout camp staffers. Though she never lived more than a mile from the house where she was born, her impact spread far wide, and those she touched with her kindness and gifts are filled with grief. She is preceded in death by her father Bob Beck, her mother June Beck, her sister Anne Keough, and her daughter Eileen Watson. She is survived by her devoted husband Harry John “Jack” Watson; her children: Mary Christine “Tina” Scheu (John Paul), Harry “John” Watson IV (Anji Wall), and Sarah Jean Watson; and her grandchildren: Preston and Hunter Sheu, Finnegan Watson, and Zhou Mutong Watson. Susan played many roles and went by many names: Susan, Susie, Suzie, Sweezy, Momma Watson… But no matter what you called her, you knew you could call on her and she would be there. Susan gave her whole heart until her heart could give no more. She will be missed - until we meet again. In lieu of flowers, donations should be made to St. Michael the Archangel Parish, Indianapolis - 3354 W 30th St., Indianapolis, IN 46222

Share Your Memory of
Susan
Upload Your Memory View All Memories
Be the first to upload a memory!
Share A Memory