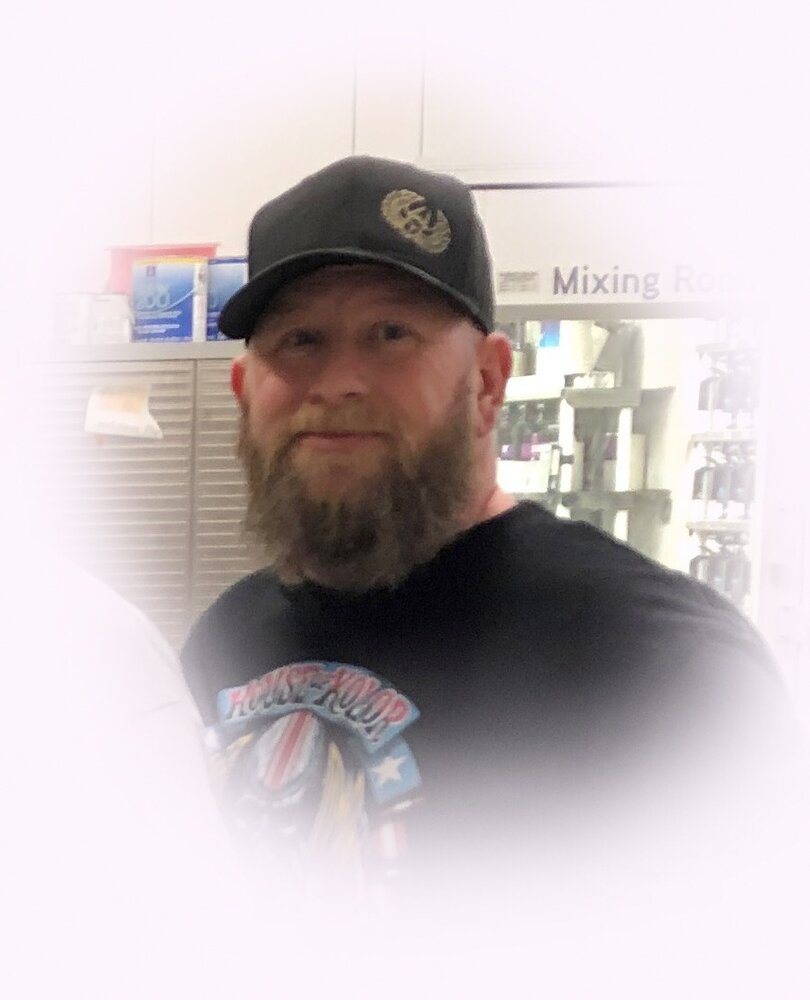 Please share a memory of Wiley to include in a keepsake book for family and friends.
View Tribute Book
Wiley Russell Poppell, 46, of Indianapolis passed away on November 16, 2022. He was born in Live Oak, Florida to Carol Cooper on March 8th, 1976 and later adopted by his grandparents, Wiley and Margaret Ann Poppell. Wiley was a Staff Sargent for the National Guard from 1995 until 2019. He was deployed to Afghanistan to serve as a medic in 2004 until 2005. He was later deployed to Iraq to serve as an Assistant Convoy Commander from 2008 until 2009. Wiley was also employed as a painter for Combined Support Maintenance Hub for 18 years. His most recent employment was as the store manager for Refinish Technologies from 2019 until his passing. Wiley was preceded in death by his father, Wiley Poppell. He is survived by his wife of 16 years, Candice Robin Poppell; daughter, Lexxus Poppell; mother, Carol Cooper; sister, Jackie Bratcher; and nieces, Elizabeth and Samantha Bratcher. In lieu of flowers memorial contributions can be made to Mission 22 www.misson22.com, The Wounded Warrior Project https://support.woundedwarriorproject.org/ or GSD Rescue Indy www.germanshepherdrescueindy.com.

Share Your Memory of
Wiley
Upload Your Memory View All Memories
Be the first to upload a memory!
Share A Memory