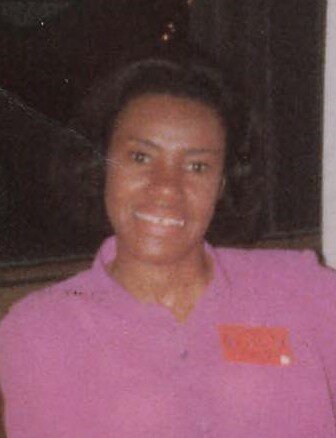 Please share a memory of Mary to include in a keepsake book for family and friends.
View Tribute Book
Mary Leona Byndum, age 86, passed away peacefully November 6, 2022 surrounded by loved ones after a brief illness. Mary was born on April 18, 1936 to Viola E. and Alfred A. Byndum in Gary, Indiana. Mary attended Indiana School for the Deaf for primary and high school and graduated in 1956. She went to Southwest Collegiate for the Deaf in Big Springs, Texas, graduating in 1984 then continued her education to Gallaudet University with a Bachelor of Arts degree and graduated in 1989. She was employed at a group home for mentally ill deaf adults for 6 years. She then went on to work as a teacher’s assistant at the Indiana State for the Deaf before she retired. She found the work challenging but enjoyable. Mary grew up in Indiana, but she also lived and worked in Chicago at the First National Bank for 4 years and Continental Bank of Illinois for 6 years. Mary stayed close to her family in Chicago, she would often visit and stay with her brother Milton and his wife Williella (Bill) and spent time with her niece (Diane), nephews (Milton), and (Elverick). Her hobbies and interest included family, friends, reading, traveling, skiing, swimming and exercising. Mary was introduced to the church at an early age by her mother. She later attended the Greater Indianapolis Deaf Ministries for the past 5 years. She spent her later years in Indianapolis, Indiana near (Sharon Kirksey) niece and (Darrell Byndum) nephew along with a host of great-nieces and great-nephews. Mary shared a very close bond with Sharon. They were more like mother and daughter and spent a lot of time together. She also lived a period of time with Sharon. She had many close friends, some who have traveled far and are in attendance today. To name a few one of which is Joyce Krochta, her best friend who grew up in Gary, they both attended the same primary and high school. They have maintained their friendship throughout the years. Another is Harry Lee Buckle from Kansas who supplied a lot of the photos from Mary’s younger years. Jenny Kuo another close friend who is coming from Baltimore, Maryland, accompanied by her husband Frank. Lastly, Beatrice who first met Mary back in the 2000’s while they both worked for Indiana School for the Deaf. Mary recently moved in with Beatrice and her family until her final days. Mary was preceded in death by both her parents, brothers Milton A. Jackson, Paul P. Byndum, Gerald A. Byndum, sisters Shirley Byndum, Alfreda J. Byndum, Sally J. Byndum, Beverly J. Farmer. She is survived by brother William Byndum. Mary leaves behind a host of nieces, nephews, great nieces, great nephews and other relatives and friends. In lieu of flowers, donations may be made to: Greater Indianapolis Deaf Ministries P.O. Box 20131 Indianapolis, In 46220 Greater Indianapolis Deaf Club 1917 E. 46th Street Indianapolis, In 46205 Susan Hocker, Treasurer Silent Senior Hoosiers 7405 B Chapel Villas Lane Indianapolis, IN 46214