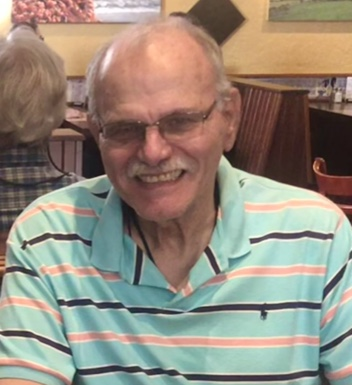 Tom Hutchings, 74, passed away peacefully at home on October 18, 2022 from his recently diagnosed brain cancer. He is preceded in death by his parents, John and Anna (Minasola) Hutchings, his brother Jack and sister Darlene. He is survived by his wife, Jackie, of 49 years; daughters Amy (Scott) and Courtney (Nick); and grandson, Quinn. He is also survived by his sister, Carolyn Redmond (Richard) and many cousins, nieces, and nephews. Tom was born in Chicago, Illinois and moved to Indianapolis as a child. Growing up, he was always so proud of his father who was a Major and Minor League baseball pitcher, coach, and manager who played on a Cincinnati Reds World Series Championship team back in 1940. Tom spent his teenage years working for the Indians at Bush Stadium where he met his future wife, Jackie. He took pride in taking care of his family and was a dedicated mechanical contractor at L.D. Mechanical Contractors where he worked for 43 years. In retirement, Tom enjoyed family trips to New England, Indians’ baseball games and Colts’ football games, visits to the casino, frequent dinners out to his favorite restaurants, and school and sporting events to support his grandson, Quinn, who brought him so much joy. As per Tom’s wishes, there will be no service or celebration of life. Any donations in his memory may be made to the Indy Humane Society or American Cancer Society.

Share Your Memory of
Thomas "Tom"
Upload Your Memory View All Memories
Be the first to upload a memory!
Share A Memory