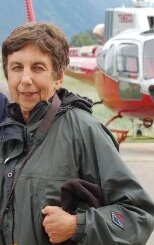 Our beautiful, amazing best friend Eleanore (Ellie) Quigley, 81, went to be with her Lord on September 13, 2022. Eleanore was reunited in death with her parents, John and Helen Piotrowicz, her sister Dolores Baranowski, and other loved ones. She is survived in life by her husband Robert (Bob), sister Florence Farinella, her daughters Allison (Nathan) Weinrich, Michelle (Joe) Quigley-Key, her five grandchildren Juliana, Kail, Sierra, Dylan and Jack and numerous nieces and nephews. Her education included attending St. Adalbert elementary school and Little Flower High School in Philadelphia,PA. She continued her education at Temple University and graduated with a degree in Classical Music. After graduation, she completed her education with a degree in nuclear medicine technology. She started her career as a Nuclear Medicine Technologist in Presbyterian Hospital in Philadelphia for several years. Her career continued as a technologist at Albany Medical Center. For the last fifteen years of her life, she found her dream job in the children’s department at Von Maur in Greenwood, Indiana. Everyday she looked forward to going to work so she could meet new people and advise them on their selections. Ellie’s love of family was one of her greatest joys. She met the love of her life at the place she cherished the most, the beach. As the saying goes opposites attract and this definitely was the magic behind their forty-nine year marriage. From early on, Ellie loved her gaggle of nieces and nephews and loved being able to babysit them growing up. As Ellie and Bob started to have children, Ellie left her profession to stay at home. She enjoyed volunteering at her daughters’ schools, cheering them on at their many sporting events, and championing them to reach their dreams. Most recently, Ellie was able to continue growing her love of family with the addition of her grandchildren. The five of them will cherish the memories of sleepovers, water parks, vacations, and trips to the pool. Ellie’s love for traveling started early, in her twenties with a treasured group of friends, on various skiing trips to Colorado, Vermont and even the treacherous Hahnenkamm in Kitzbuhel and Lech, Austria. Her adventures also led her to Alaska to mush the dogs to her heart’s content on Mendenhall Glacier. Later in life you could find her walking her beloved beagles Fabio and Bogart. Her happiest place was at the beach early on at Avalon, NJ and later with her family at Long Beach Island. Having the salt water in her hair and the sun on her face brought her endless bliss. Anyone who knows Ellie knows that she loves to live her life to the fullest. Anytime “Sweet Caroline” came on Ellie would be on the dance floor usually on the broad shoulders of some gentleman. She was up for any adventure whether it was riding a motorcycle on a roof, traveling on a cross country trip, going on waterslides still at the age of 80, ziplining in Alaska, or jumping the waves in the ocean. Ellie never met a stranger; she found great pleasure in befriending everyone she met. Mom brought the magic to every situation in her life. We will miss her dearly! In lieu of flowers, memorial contributions may be made to St. Jude Children’s Research Hospital, or the Indianapolis Humane Society.

Share Your Memory of
Eleanore
Upload Your Memory View All Memories
Be the first to upload a memory!
Share A Memory