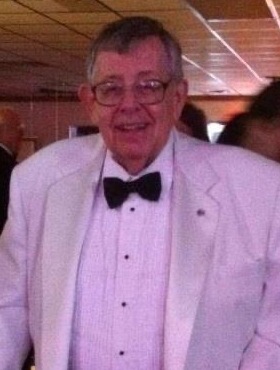 Graham D. Morey, 76, of Indianapolis, IN passed away on September 1, 2022. Graham was born in Evansville, IN to Freeman and Caroline (Denby) Morey on September 13, 1945. Graham was an accountant working most recently for H & R Block before his retirement. HE was a veteran proudly and bravely serving in the US Army. All his friends called him Grahambo. He was very active in the American Legion and was elected Commander of Post 500 in Speedway. He was the Financial Secretary for the Knights of Columbus Holy Family Council and Governor of the Indiana Society of Mayflower Descendants. He was a member of several lineage societies such as Sons of the Revolution, Indiana Chapter and Sons of Union Veterans of the Civil War. He has a great passion for history and genealogy. Graham was a long-time parishioner of St. Christopher Catholic Church in Speedway, IN. In 2002, Graham was preceded in death by his wife Janice A. (Cooper) Morey. He is survived by his daughter Amanda Darling of Westfield, IN. In lieu of flowers memorial contributions may be made to the Knights of Columbus Holy Family Council.

Share Your Memory of
Graham
Upload Your Memory View All Memories
Be the first to upload a memory!
Share A Memory