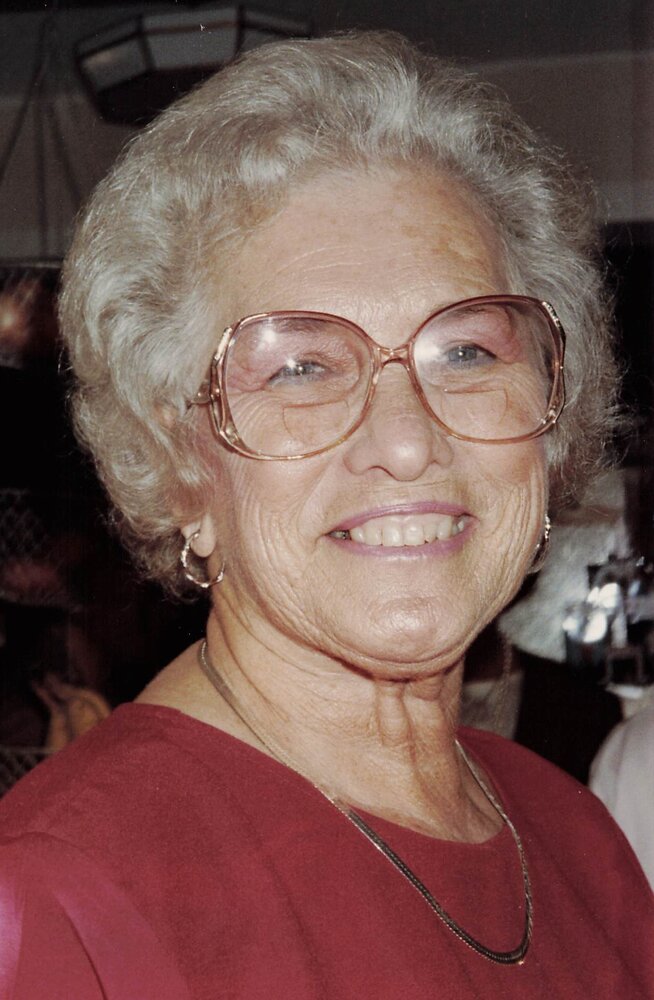 Get Directions
Tuesday
3
May

Get Directions
Tuesday
3
May

Alma Jean Saligoe Mates was born on January 20, 1923 in Indianapolis. Alma was one of six children born to Christina and Joseph Saligoe. She is survived by her children, Michael (Melissa) and Richard (Luann). Alma had four grandchildren, Mick, Marty, Lindsay and Kyle. She had nine great- grandchildren, Michael, Nicholas, Gregory, Thomas, A J, Caroline, and Connor Mates, Brooklynn and Alivia Oberson. She was preceded in death by her parents, Joseph and Christina Saligoe, her husband, Michael G Mates, her brother, William (Weeds) and her sisters, Sophie Golob, Yolanda Dezelan, and Mafalda Mates. Alma and her husband, Mike, and his brother, Nick and his wife, Phalie owned the White Front Restaurant and Bar in the fifties. Alma worked at the Indiana State Department, Clerk of the Supreme Appellate Court as an administrative assistant. She was Secretary in the Burger Chef Legal Department and Food Research Department. Alma was a member of the Slovenian National Home Women’s Club and the Knights of Columbus Ladies Guild. Her late husband started the Bingo at the westside K of C; Alma’s greatest enjoyment was working the Bingo night every week for 34 years. Alma was a Charter member of St. Michael the Archangel Catholic Church where her Mass of Celebration will be on May 3, 2022, at 11:30 am. Calling will be before the Mass at Stevens Mortuary, 5520 West 10th Street from 9-11. She will be buried in Calvary Cemetery. In lieu of flowers, contributions may be made to St. Michael the Archangel Catholic Church, 3354 West 30th Street, Indianapolis, IN 46222 in her memory.

Share Your Memory of
Alma
Upload Your Memory View All Memories
Be the first to upload a memory!
Share A Memory