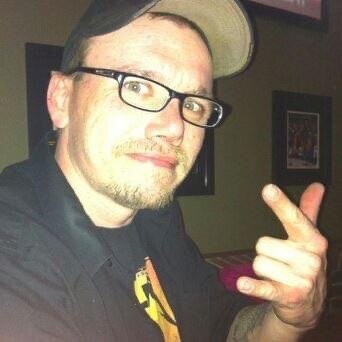 Michael T. Wilson, 48 of Indianapolis passed away on April 1, 2022. Michael was born in Indianapolis on July 12, 1973, to Russel and Barbara Wilson. Michael was employed at A-1 painting for 13 years. He was an auxiliary member of VFW 98, an avid Indy 500 fan, music and animal lover and a football fan. Michael loved to play cards and enjoyed gambling. Michael just loved, he “Loved Hard” and considered everyone family. He has a never-ending list of “Brothers”, a father figure to anyone in need. Michael has a special bond with his mother, and they were always together. Michael is preceded in death by his father Russell Wilson, brothers Pat Wilson and Kenneth Wilson; sister Linda Wilson and son, Brandon Wilson. He is survived by his loving and devoted wife, Starla Wilson; sisters Terry (Glen) King, Brenda (JR) Little, Mary (Mark) Davison; son Matthew (April) Wilson; daughters Sierra Lang, Bryanna Seneriz and Katlyn Seneriz; best friend and mother of children Patricia Wilson; grandchildren Kaison Lang and Bostyn Lang; and beloved dog Diamond Wilson.