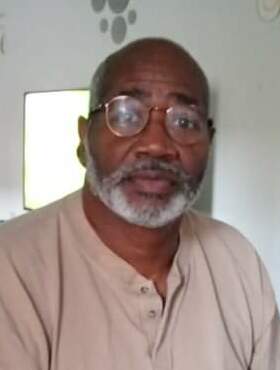 Herman Ruffin Morrison, known as Pop’s or Old Man was born to the late Monica Ruffin and West Morrison on November 27, 1954 in Hamilton, OH. He attended Hammond Tech. Herman resided in Indianapolis, IN until he suddenly departed this life on March 8, 2022. Herman became a deacon in 1998, in 2010 he became a deacon at the International Face Center, where he served the community along with feeding the homeless. Herman had a great sense of humor, making you laugh regardless of the day you may have had. Herman was caring and loved by many people. He was a church man, family man and devoted to the Lord. He was preceded in death by his parents; son, Anthony Nix; brothers, Ryan Ruffin and Ralf Ruffin; and his sister, Norweida Ruffin. Herman is survived by his daughters, Denita Mills and Monica Nix; sons, Ruffell Nix and Mister Herman Nix; grandchildren, Stron-Jay Nix, James Griffith, Adriene Nix, Ruffell Nix Jr., Deja’s Nix, Asia Nix, Tasia Gram, Harmony Nix, Lalya Nix and David Nix; sisters, Robin Franklin and Nina Ruffin; mother of children, Linda Nix; uncle, Marquis Ruffin Sr.; Pastor, Pastor William Bumpess; and his friends, Ed Witsulski and Walter Thompson. In honor of Herman memorial contributions can be made to St. Jude’s and the Jewish Federation. Thank you for creating us, RIP Daddy, you will be truly missed. Please watch over us until we meet again. Amen.

Share Your Memory of
Herman
Upload Your Memory View All Memories
Be the first to upload a memory!
Share A Memory