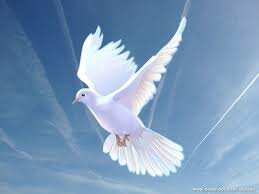 Pastor Philip M. Watson, 78, of Indianapolis, IN passed away on February 17, 2022. He was born in Indianapolis to Irene and Ray Watson on October 17, 1943. Philip was a minister in the Nazarene and Wesleyan Churches. He was preceded in death by his parents, Irene and Ray Watson; daughter, Lauri Watson; son, David Watson; and brother, Charles Watson. He is survived by his son, Rick and Lori Watson, daughters, Elizabeth Watson and Rachel Watson Gabriel; granddaughters, Regan Watson, Abbigal Schutt; grandsons, Leyton Schutt, Navar Watson, Jayden Moore, Allen Leil and Ryan and Jamie Leil; and great granddaughter, Skylar Quinones; his sister Reva Porter and several nieces and nephews.

Share Your Memory of
Philip
Upload Your Memory View All Memories
Be the first to upload a memory!
Share A Memory