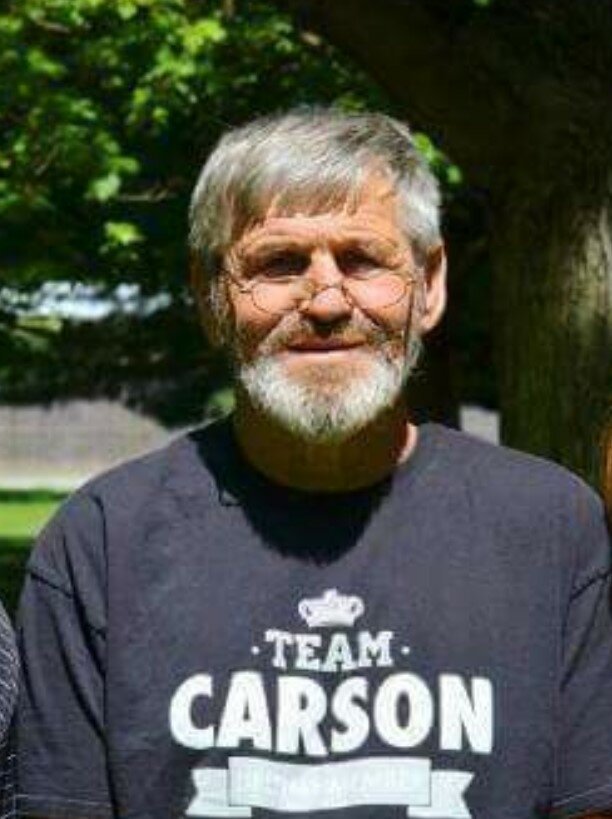 John Curtis "Junior" Carson, Jr., 69, formerly of Zionsville, passed peacefully at his daughter’s home in Plainfield on February 1, 2022. He was born August 7, 1952 in Indianapolis, IN, to John (Jack) and Barbara Harmon Carson who preceded him in death. Junior is also preceded in death by his brother Larry Carson; and step-son John Michael. He graduated from Zionsville High School in 1973. He was married to Jessica Bohannon Carson in 1974 and had two children, Jason and Jayme. He later married Linda Mitchell Carson in 1994, and gained stepchildren Phillip, Delbert, Charlie, Dallas and Brenda. Junior’s entire career centered around owning Carson Trucking Company until ten years ago, when he passed the Company to his son, Jason. In the off season for construction, Junior drove a wrecker for Plough’s Wrecker Service in Brownsburg. The most memorable time being during the blizzard of 1978. After retiring, Junior and Linda moved to Somerset, Kentucky, where he was able to concentrate on woodworking and gardening. He loved building wishing wells, wooden train engines and other yard décor. Often, he enjoyed just sitting on his porch visiting with family. The annual trip to the Talladega race with his family was the highlight of his year. He is survived by hia wife Linda Kay Carson; children Jason Carson and Jayme (Billy) Carson-Betz, Phillip (Tammy), Delbert (Frances), Charlie (Ginger) and Dallas Mitchell, and Brenda (Tony) Fish. Siblings Chuck (Peggy), Bill (Barb), Harry (Karen), Dennis (Judy), Sue Carson and Brenda Nichols. He is also survived by grandchildren; Sarah Clark-Carson, Trizton Carson, Kendyl Carson, Kayden Carson, Finley Betz and step-grandchildren, Tyler and Silas Betz, Aleah and Alana Groomer, and great-granddaughter Jocelyn Albertini. Family, friends, and others who enjoyed sharing a laugh with Junior are invited to celebrate his life at Stevens Mortuary, 5520 West 10th Street, Indianapolis, IN, on Friday, February 11, 2022. Visitation will be from 5 PM to 7 PM with the service immediately following.