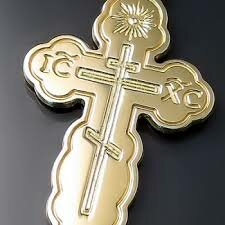 Anna Fesenko was born on December 17, 1928 to Onofre and Maria Karpa Dovhey in Apucarana, Brasil. She married Ivan Fesenko. While in Brasil, she had two sons who preceded her in death , Paulo (Becky Cage) Fesenko and Walter Fesenko. She then immigrated to the United States with her husband, Ivan, her two sons, Paulo and Vladamyr, and the Fesenko family. When she immigrated, she left her sisters, Mikalina and Sofia (Dovhey) Lecink, and brother, Pedro Dovhey, as well as her parents. Once in the United States, she moved to Indianapolis and started a life, eventually becoming a tailor. She began working at a popular store and then started her own business, tailoring for the major clothing companies throughout Indianapolis. Anna was an entrepreneur, a loving wife, a steadfast mother, and a loyal friend. She also had a love for cooking and shared her love, not only with her family, but also with her friends and the entire community, through her cooking. She was involved with her church, St. Stephen Bulgarian Eastern Orthodox, and had a strong faith in God. She left a legacy of love, strength, and kindness. She is survived by her granddaughter, Diana (Cage) Welch and Diana’s husband, Jeremy R. Welch and their four children, Benjamin, Matthew, Daniel, and Samuel Welch. She will be greatly missed by her family both in the United States, Brazil and in Ukraine.

Share Your Memory of
Anna
Upload Your Memory View All Memories
Be the first to upload a memory!
Share A Memory