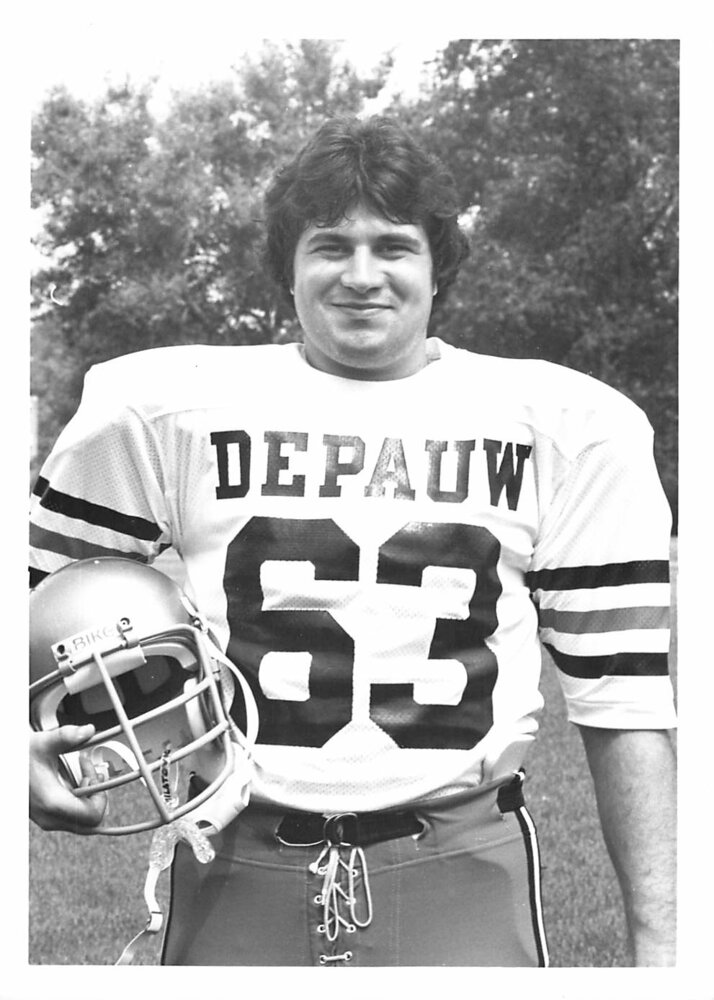 Michael David Milatovich born October 1, 1957, Greencastle, Indiana formerly of Speedway Indiana passed away December 1, 2021. An Orthodox Christian, loving son, brother, uncle and friend, Michael was a 1980 DePauw University graduate, an avid sportsman, freelance writer and racing trivia buff. He cherished his days as a football player and shot putter for Speedway High School, DePauw University, the Pony Express minor league football team and as a participant in USATF events. After his father’s passing in 2005 Michael lovingly cared for his ailing Mother until her death in 2013. Michael's generous and loyal spirit was evident to all that knew him. Preceded in death by his Mother Beulah “Bo” Milatovich, Father Marko Milatovich, and Sister Dr. Athena Cherry, Michael is survived by Sister Dara Preston, Brother-in-law John Preston, Brother-in-law Bradley Cherry, Niece Jackie Cherry and his Greencastle family “Mama" Jo Ruth Cancilla and Nunzio Cancilla along with many other family members and friends. Services for Michael will be held 12:00 PM Saturday, December 4, 2021 with visitation at 11:00 AM until time of service at Saint Nicholas Serbian Orthodox Church 7855 Marsh Road Indianapolis, Indiana followed by Church Luncheon. Interment will be held 3:00 PM at Floral Park Cemetery 425 N. Holt Road Indianapolis, Indiana. In lieu of flowers, donations may be made in memory of Michael Milatovich to Saint Nicholas Serbian Orthodox Church.