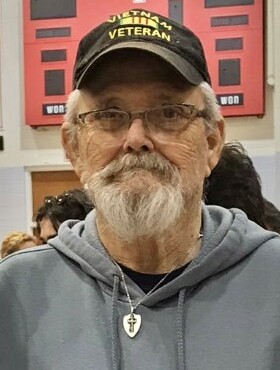 Please share a memory of David to include in a keepsake book for family and friends.
View Tribute Book
Obituary David Ignatius Pfaff Preceded by mother Marietta (Hunt) Pfaff, father Lloyd Pfaff, brother, Ross Pfaff and sister, Lynnette Nelson, Daughter, Dee Ann Pfaff, grandson Alex Owens. He is survived by wife of 34 years, Debbie Pfaff, children Tisha Owens (Tim Owens), Shane Quakenbush, Denita Nichols (Tim Nichols) as well as Grandchildren: Haley, Chelsea, Colby, Kristopher, Hope, and Garrett and one great-grandson Dustin. David Pfaff was a beloved husband, father, and grandfather. He did many great things during his 77 years. He served in the U.S. Air Force during the Vietnam war (thank you for your service). He traveled many places, including working in Africa. He loved to barbeque, fish, golf, and watching Colts football games. He spent most weekends with family and spoiling his grandchildren. He was a father to a total of seven children. He was a hard worker, often getting up before 5am everyday to work in all types of weather for the Plumbers & Steamfitters Local 440 for many years. He always said that he beat the system by being retired longer than he had worked. He always made time to play hard, loved family well and standing for what you believed in. You were dearly loved and will be greatly missed.