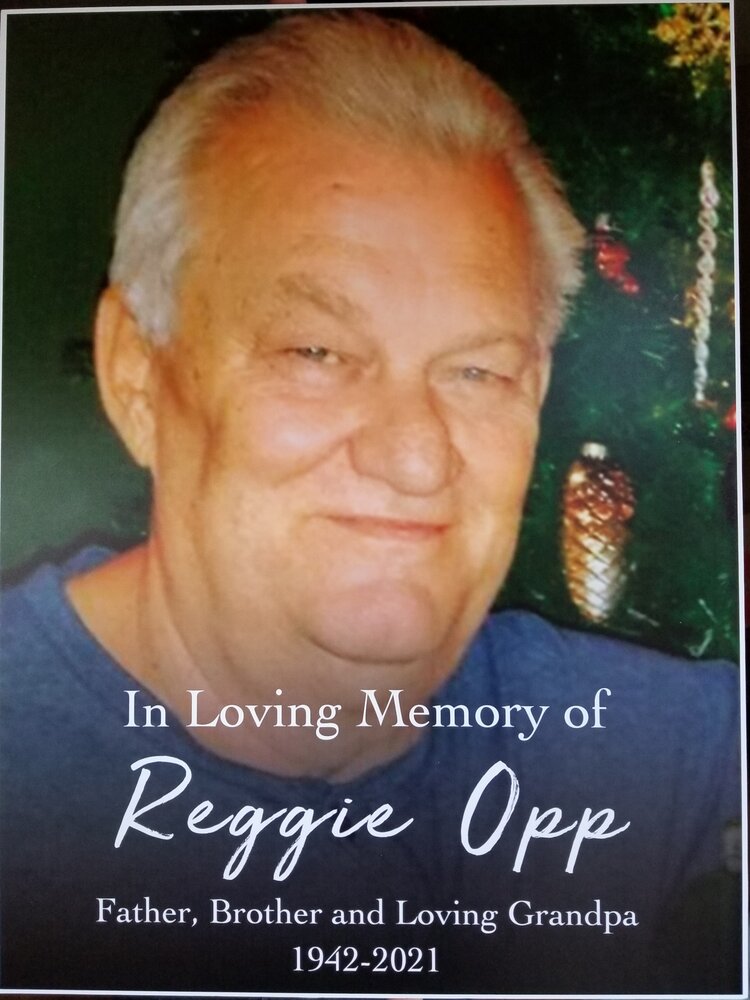 In Loving Memory of Garland R Opp "Reggie" 1942-2021 Garland R Opp” Reggie”, age 79 of Indianapolis, Indiana. Went dancing with the Lord on October 22, 2021, Surrounded by his family at IU West Hospital. Reggie graduated from Washington High School in 1960. He was involved in Letters men Club, Jr. Vaudeville, Football, Wrestling, Johnnie Continental, Colonial Chorus, and Track. Reggie excelled in the sport of Wrestling lead the school to State Championships and was recognized in 1996 in the “Hall of Fame” in the state of Indiana, along with his 3 brothers, Frank, Carl, and Gary Opp. Reggie attended Westside Pentecostal Church as a young boy, Continue his faith at Lakeview Church for over 60 years with his family as a devoted Christian man who loved sharing the word of God. Reggie will always be remembered for his generous BIG heart, “Famous” Peanut Butter Fudge, telling long stories, laughing, and singing having a good time on his guitar, and enjoying everyday life. Reggie Precede in death by his parents Franklin E Opp (father) Letecia J Opp (mother), Janetta Swindell(sister), Franklin Opp (brother), Carlton Opp (brother), Larita Opp(sister). Reggie is survivors by Gary Opp (brother ), Clancie Reno (sister) Regina Adams(daughter) Yvette Grace( stepdaughter) Yvonne Grace (stepdaughter) blessed with 7 grandchildren and 4 great-grandchildren. We were truly Blessed to have Reggie as our brother, father, good friend, and loving Grandpa. who lived a wonderful life with a joyful heart and will be dearly missed. Celebration of Life will be held on Saturday, December 11, 2021, at 2:00 at Lakeview Church 47 Beachway Drive Indianapolis, IN 46224. Services will be live streamed for those who are unable to attend in person at lakeviewchurch.online.church.

Share Your Memory of
Garland
Upload Your Memory View All Memories
Be the first to upload a memory!
Share A Memory