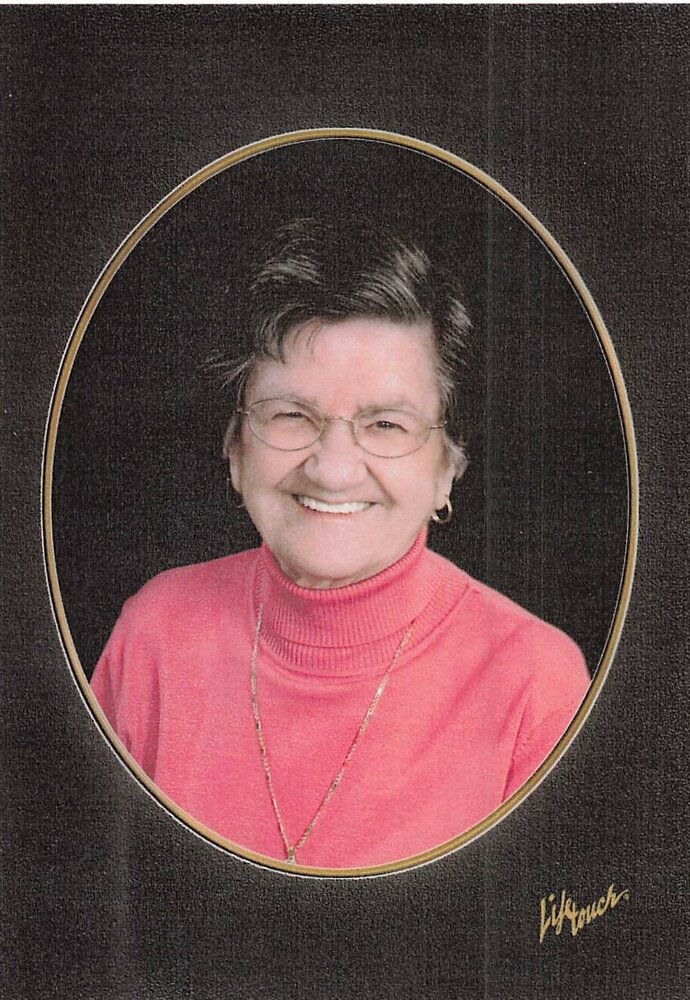 Eftimia (Topka) Cvetinovich, 94, of Indianapolis, IN was born in Edessa, Greece to Christos and Vasiliki (Kolimani) Topkas. Eftimia was the second oldest of six children and is survived by one sister. She attended technical school and worked at a textile mill in Edessa, Greece from 1940 until 1955. It was in 1955 when she was introduced to the love of her life, Milos Cvetinovich, in Eijsden, Belgium and was married there on May 11, 1956. They immigrated to the United States in 1956 and settled in Indianapolis. Eftimia’s life was centered around home, family and church. She was a dedicated member of St. Nicholas Serbian Orthodox Church and Circle of Serbian Sisters. She could be found in the church kitchen helping with meals, supervising the coloring of Easter eggs and making bread for communion. Eftimia was also an accomplished craftswoman. Her home was filled with needlepoint, petit point and crochet pieces she had made. Her greatest joy was spending time with her grandchildren hosting sleepovers, cooking favorite meals, attending their sporting events and musical performances and celebrating birthdays and graduations. Eftimia is preceded in death by her husband of 63 years, Milos Cvetinovich. She is survived by her sister Katina Efthimiou of Edessa, Greece; son Thomas (Judy) Cvetinovich of Carmel, IN; daughter Anita (William) Metzger of Zionsville, IN; grandchildren Jessica Metzger of New York, NY, Christopher Metzger of Royal Oak, MI, and Sophia Metzger of Chicago, IL. In lieu of flowers, the family kindly ask that memorial contributions in honor and memory of Eftimia Topka Cvetinovich be made to St. Nicolas Serbian Orthodox Church 7855 Marsh Road Indianapolis, IN 46278

Share Your Memory of
Eftimia
Upload Your Memory View All Memories
Be the first to upload a memory!
Share A Memory