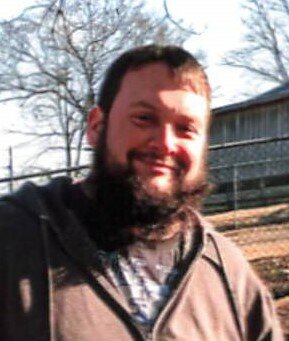 Jeremy Carl Stapish, 39, went to be with the Lord on October 10, 2021. Jeremy was born in Enumclaw, WA on March 2, 1982 to Pamela ad Walter Stapish. He attended schools in Auburn, WA and graduated from Auburn Riverside High School. He lived in Phoenix, Arizona for a while and there he met his future wife, Aleah Melton. They moved to Washington where their daughter Haela was born in 2006; when she was 3 months old Aleah wanted to move by her family and they took off for Indianapolis, IN. They stayed in Indianapolis, worked and bought a house. Their second daughter, Hannah was born in 2010. They divorced but still remain friends and co-parented their children. Jeremy worked at many jobs, his first in Indy was with Dish. He was working as a technician as the time of his passing at Koorsen Fire & Security. Jeremy really liked the company and the people he worked with. Jeremy’s hobby and passion was his coins. He made many friends through his coins. He would be known for brining a daughter in an infant car seat, sitting her in the store and talking to his coin friends. Jeremy loved cooking and was a very good cook. If you came over for a holiday, Jeremy did all the cooking. He was a book collector. If he had an interest in something, he learned all he could about it. You just wanted to say “How do you know that?” Jeremy loved his daughters with all his heart. It was very important to him to co-parent and be at all their events. They were the love of his life. And then there is Cooper, his beloved dog. Cooper is a gentle giant (pointer). Cooper will certainly miss looking for him and getting excited for him to come home. Jeremy married Kimberly Shrader in 2017. He was a step-dad to her daughter, Courtney. They had divorced last year, but remained close to Kim’s family. Jeremy is survived bis daughters Haela and Hannah; mother Pamela Wheelock; father Walter Stapish; brothers Troy Stapish and Justin (Britta) Stapish; grandmother Betty Wheelock; many aunts, uncles, nieces and nephews. Jeremy could not give up a friendship and stayed close to Aleah’s family, especially her Dad Craig Melton. They meant a lot to each other and did things together. Jeremy never met a stranger, every person in the world to him was just another friend he never met yet. The most painful goodbyes are the ones we didn’t get to say. We will always Love and remember you, Jeremy. You have a piece of our heart. We will see you again in Heaven.

Share Your Memory of
Jeremy
Upload Your Memory View All Memories
Be the first to upload a memory!
Share A Memory