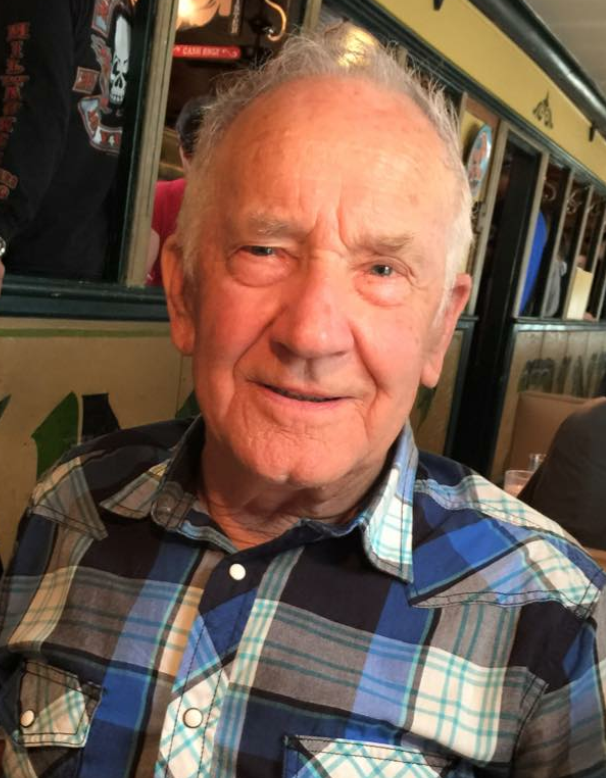 Lloyd Edward Wineinger, 89, of Indianapolis, IN passed away peacefully on October 3, 2021 at home surrounded by family and friends. Lloyd was born in Otwell, IN to William and Helen (Richardson) Wineinger on February 27, 1932. Lloyd served proudly and bravely in the United States Marine Corps for five years as a Gunnery Sergeant in the Korean War. He was a dedicated Marine who raised his family with the same devotion and commitment. Lloyd was a truck driver for Block’s Department Stores for 28 years and subsequently, for over 10+ years, he drove for Central Soya and Preston Trucking, retiring in 1996. He was a jack of all trades who enjoyed repairing and creating. Lloyd was a prankster, loved telling bad jokes, walked on stilts, rode a unicycle and could tear a two inch phone book in half. His sense of humor will be sorely missed. Lloyd is preceded in death by his parents; sister Sheryl Jackson; his beloved wife of 59 years, Betty Jo Mowery Wineinger; and son Lloyd “Ed” (Debra) Wineinger, Jr. Lloyd is survived by his daughters Judy Lawson, Carolyn (Marc Carmichael) Wineinger, Annee (Matthew Crass) Williams, and Jenny (Allen) Arthur; grandchildren Isaac Wineinger, Matt Lawson and Bethany Lawson; brothers Boyd (Shirley) Wineinger and Phillip (Sharon) Wineinger; sisters Lillian Sievers and Gloria Street.

Share Your Memory of
Lloyd
Upload Your Memory View All Memories
Be the first to upload a memory!
Share A Memory