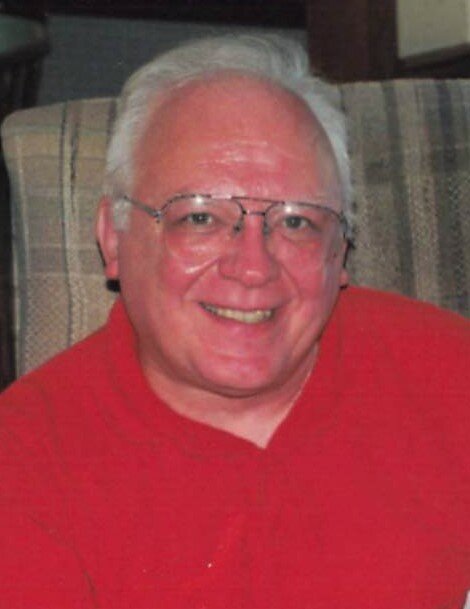 PLAINFIELD, IN – Robert Anthony (Bob) Canalas, Sr., passed away September 30, 2021, at home. He was 81. Bob was born to immigrant parents in the Slovenian neighborhood of Haughville in Indianapolis where he attended Holy Trinity Grammar School. Moving on to Arsenal Technical High School, Bob was a member of the football and track & field teams and graduated in 1958. He briefly attended Purdue University until his father passed away. He then continued his education at Marian College (now Marian University) and played third base on Marian’s baseball team. He graduated in 1964 with a degree in Chemistry and then began his professional career at Link Belt as an analytical chemist. After a five-year courtship, Bob married his college sweetheart, Constance (Connie) Turk on August 7, 1965, at Holy Trinity Catholic Church. Daughter Maria, son Bob, daughter Christina arrived in quick succession; he waited five and a half years more for daughter Anne. During this time, Bob collected two masters degrees, one in Geochemistry and one in Nuclear Engineering from the University of Missouri at Rolla. The constant in Bob’s professional career was change of location. Working for General Electric, Commonwealth Edison and Boston Edison meant that the family lived coast to coast and many places in the midwest before he retired and moved with Connie back to the Indianapolis area. Bob enjoyed several sports—baseball, basketball, soccer, and golf; some he played, some he coached. He was a devoted member of the Knights of Columbus with whom he earned the rank of Fourth Degree and position of Past Faithful Navigator. Bob was also dedicated to charitable works of the Catholic Missions. Bob is survived by his wife, Constance (Connie) Turk Canalas of Plainfield; daughter Maria Canalas of Plainfield; son Robert II (Carrie) of Roseville, CA; daughter Christina (Robert) of Muncie, IN; daughter Anne (Robert) Dickert of Lafayette, CO; sister Esther (Anthony) Ferraro; five grandchildren: Elizabeth Smith, Robert Smith III, Robert Canalas III, Timothy Canalas, and Lily Canalas; and several nieces and nephews. Bob was preceded in death by his parents Anton and Maria Peorina Canalas; brother Bruno Canalas; sister Irena Reid; sister Clara Trauner. SERVICE INFORMATION Viewing will be held on Wednesday from 4-7 pm at Steven’s Mortuary on 10th Street in Speedway, IN with the rosary prayed at 7 pm.Thursday morning 9:30 -10:30am Last Viewing at St. Thomas More Catholic Church in Mooresville, IN. Mass of Christian Burial to follow at 10:30 am. Internment at St. Joseph Catholic Cemetery on Bluff Road. Friends and family should come prepared with at least one bad joke to place into a collection box as “admission” to the viewing on Wednesday. In lieu of flowers, the family requests that a donation be made to one of Bob’s favorite charities: St. Labre Indian School Ashland, MT St. Labre Indian School | Help Keep the Miracle Aliv (stlabre.org) St. Joseph’s Indian School Chamberlain, SD St. Joseph's Indian School (stjo.org) Little Sisters of the Poor St. Augustine Home 2345 W. 86th Street Indianapolis, IN 46260 Our Giving Opportunities - Little Sisters of the Poor Indianapolis Society of the Little Flower Darien, IL General Donations - Society of the Little Flower