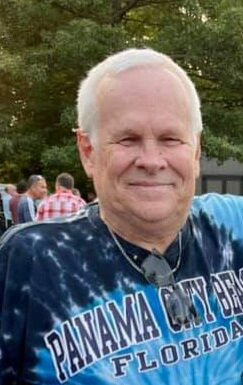 DONALD EARL THIELE Born 08/20/1953 to Carl and Katherine Thiele, Died 08/28/2021. Donald was an Avid Sports fan, watching something every day. His favorite Teams were the Cincinnati Reds, Cincinnati Bengals, Indianapolis Colts (Because of his wife’s encouragement), Ohio State football, Indianapolis Pacers, the Indianapolis Indians and the Red Wing Hockey team. Don and his wife Carol got to go to many Colts games and for free because one of them won tickets. Attended a few Pacer games, some Indians games and one Reds Game which Don was very excited about. He also enjoyed Indy Car and Nascar racing, getting to go to a few races. He loved being a Men’s softball coach, which he did for years. He had been a Pitcher until he was hurt, and health issues prevented him from playing. Growing up in OH he played hockey, football and baseball earning the name the Legend which stuck with him until he passed. He was injured playing Hockey which ended that career. While coaching softball his team won some tournaments and he has a trophy and some plaques from the wins. Among hats and other items. Don was also a big music fan, playing drummer for years with a band. He spent many nights listening to music on TV until he fell asleep. Don also enjoyed collecting model cars, he had various ones from the year he was born up too many other special models. Some from way back like the Model T to a motorcycle and an Old Indy race car. Carol and Don went to many different concerts too. Greenwood Park Mall, Craig Park, the free stage at the fair and many more free concerts sponsored by the Radio Stations. He recently attended his 50th Trotwood high school reunion, and His wife’s 50th Ritter high school reunion. His last concert was the Happy Together Tour on the State Fair free stage, one of his faves. Don is survived by his wife Carol L (DesRoches) Thiele. They were married on July 05, 2014. Sons Justin (Ann) Thiele, Josh Thiele and Jeff Thiele. Stepson Jay Parshall, Stepdaughters: Michelle (Jason) Jones, Marie (Brad) Bunting and Melanie (Marc) Brewer. 12 Grandkids His brother Carl Jr (Nadine) Thiele and Debbie (Dan) DePasquale. Sister in laws: Susanne (Bob) Sperback, Dianne Morey and Brother-in-law Joseph Des Roches. Many nieces and nephews. His father Carl Sr (Linda) Thiele. Services handled by Stevens Mortuary 5520 W 10th St. Indianapolis IN 46224. Visitation will be held on Wednesday the 8th at Stevens from 4-8, then 10 am on Thursday for a short service followed by a trip to OH where he will be laid to rest at Woodland Cemetery 118 Woodland Ave. Dayton OH 45409.

Share Your Memory of
Donald
Upload Your Memory View All Memories
Be the first to upload a memory!
Share A Memory