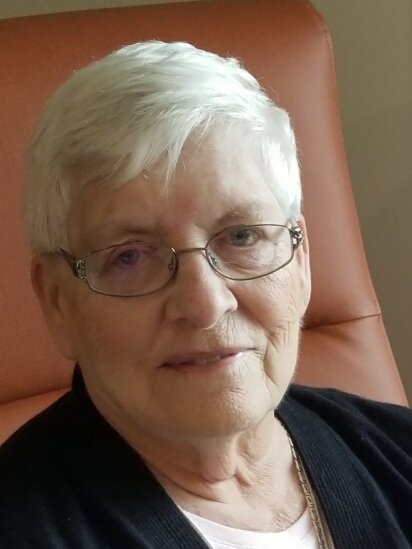 Barbara Sue Robison, 88, of Indianapolis passed away on Friday, August 20, 2021. She was born in Indianapolis to Walter David and Irma Elizabeth Heath on December 19, 1932. She worked for Indiana Bell from 1955 until 1958. She was an Instructional Aide, substitute calling and Chapelwood School Secretary for Wayne Township. Barbara also sold Avon and dedicated herself to being a homemaker. She was a member of Lynhurst Baptist Church. Barbara was preceded in death by her parents, her husband of 56 years, Gaylord Robison; son, David (Carol) Robison; and her sister, Shirley (Heath) Craston. She is survived by her daughter, Diana (Michael) Morrow; grandchildren, Kurt (Amy) Robison, Kevin (Sarah) Robison, Scott (Eryn) Morrow and Laurel (Brad) Westcott; great grandchildren, Kyle Robison, Evelyn Robison, Vivian Robison, Anna Robison, Jackson Robison, Luke Morrow, Kathryn Morrow, Ava Westcott, Bristol Westcott, Rowan Westcott and Kinley Westcott; and many nieces, nephews and cousins. Memorial contributions in honor of Barbara can be made to the Diabetes Association at diabetes.org or the Chapel Rock Food Pantry 2020 N Girls School Rd, Indianapolis, IN 46214.

Share Your Memory of
Barbara
Upload Your Memory View All Memories
Be the first to upload a memory!
Share A Memory