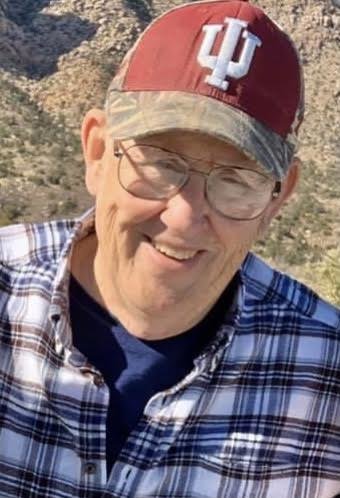 Kenneth Lee Cauldwell, 78, of Indianapolis passed away on Saturday, August 7, 2021. He was born in Indianapolis to William and Louvena Cauldwell on May 22, 1943. Kenneth attended Arsenal Technical High School where he graduated in 1963. Kenneth was an assembly line worker for Allison Transmission. He retired from there in 2001 after over 33 years of employment. He was an avid fan of Indiana University Basketball and loved vacationing in Las Vegas. Kenneth was always there for his family and would assist them in any way he could; he loved his family dearly and treasured any time he could be with them. Kenneth was preceded in death by his parents, his sister Patricia Shaul and brother Harold Cauldwell. He is survived by his wife of 57 years, Ruth Ann (Richards) Cauldwell; daughters, Lisa Cauldwell, Angela (Kenneth) Hammerle and Carol (Kenneth) Calhoun; brother, William (Bridget) Cauldwell; sister-in-law Jerry Cauldwell; granddaughters, Samantha Holderfield, Racheal Ferguson, Jalynn Carruth and Olivia Hammerle; grandson, Josh Hammerle; great-grandson, Daniel Dillman; numerous nieces and nephews and a large extended family. Memorial contributions in honor of Kenneth Cauldwell may be made to the American Lung Association or the American Cancer Society.