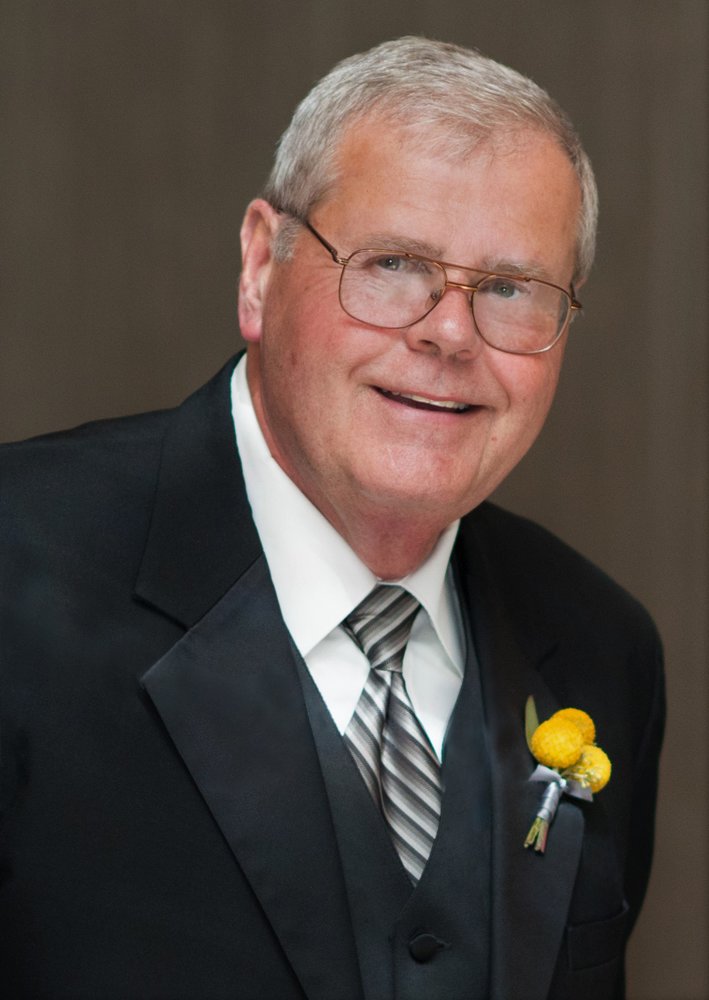 Dave was born October 19, 1946 to Clayton and Lilah Mosher. He lived his childhood in Dresbach, Minnesota where he helped his parents in the many businesses they owned. One story he often told was as a young boy having to peel pounds of potatoes for the Friday night fish fry at his parents’ restaurant. Dave graduated from Aquinas High School, LaCrosse, Wisconsin in 1964 and enlisted in the Marine Corps. He served in the Marine Corps from October 26, 1964 until August 9, 1968. During that time, as he would say, “I served 2 years, 3 months and 22 days in Vietnam”. He preferred Vietnam rather than being stationed in California! While in the Marine Corps he earned the Vietnam Service Medal, National Defense Service Medal, Air Medal w/2 stars, Vietnam Campaign Medal, two Good Conduct Medals, a Combat Air Crew Insignia w/3 stars plus other medals. In the summer of 1965, while on leave, he was introduced to a seventeen year old girl by his parish priest, her uncle. Dave and Mary Jo were joined in holy matrimony on August 17, 1968 in Austin, Minnesota and started their life in Winona, Minnesota while Dave went to school. They moved to Minneapolis for Dave to attend the University of Minnesota. That is when four beautiful boys followed: Tom, Jim, Chris and John. Dave was constantly trying to find his niche, working at Control Data in Minneapolis, then real estate and graphic arts sales in Minnesota and Wisconsin. In 1977 he moved his family to Fort Wayne, Indiana to work for his dad as an over-the-road truck driver. He later returned to the graphic arts industry in Fort Wayne and then moved to Indianapolis in 1995 to continue in the graphic arts industry. As the boys became involved in sports, Dave either attended or coached baseball, was the boys’ biggest fan at football games, basketball games and in later years enjoyed attending his son Chris’s body building competitions and helping out at Champ Car endurance races with his son Jim, all of which he looked forward to. In 2017 Dave and Mary Jo finally took a long awaited vacation and traveled to Ireland. In his free time he enjoyed working on home projects and cars. Family was very important to him. He was often the instigator of family parties. Dave was blessed with eight grandchildren: Trenton (Hillary), Aariela, Kailei, Hannah, Sarra, Zachary, Skylar and Teagan; and four greatgrandchildren: Kennedy, Knox, Remi and Axel. He is survived by his wife Mary Jo; sons, Thomas – Indianapolis; James (Amber) – Indianapolis; Christopher (Linda Simnick)- La Vergne, Tennessee; John (Janeen) – Fort Wayne, and sisters Carolyn (Gerald) Hafner - Dresbach, Minnesota, Sharon (Ken) Reynolds - Stockton, Missouri, sisters-in-law, brothers-in-law, nieces, nephews and great nieces and nephews. He was preceded in death by his parents and two stepbrothers. Recently the Combat Veterans Motorcycle Association had taken a great interest in Dave and spent quality time with him. The family requests any donations be made in his name to the Combat Veterans Motorcycle Association CVMA 14-1. The website is https://cvma14-1.org Dave was diagnosed with cancer February 2, 2021 and passed away at home June 17, 2021.