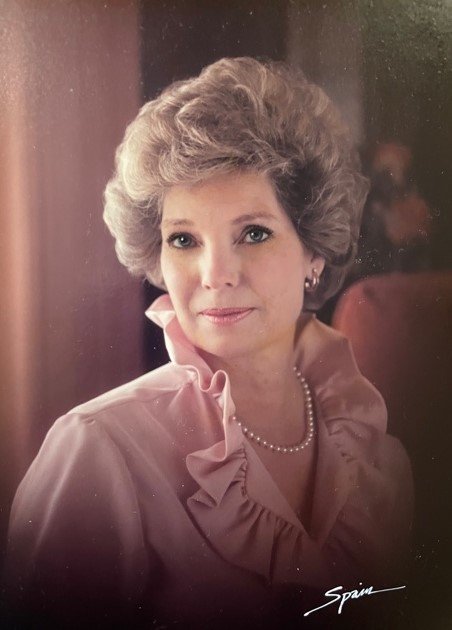 Lew McSwain Brandes of Indianapolis, Indiana, formerly of Peoria, Illinois passed into the Lord’s arms on March 29, 2021. She was 89. Lew was born on November 21, 1931, in Boston, Massachusetts to Lewellyn (Best) and Gordon Henry McSwain. She grew up in Arcadia, Florida as the eldest of three sisters in a home filled with laughter and music. Throughout her life she enjoyed spending time with family, and she especially loved Christmas. Following high school, she attended Converse College and Florida State University, where she received a Bachelors of Music in piano in 1953. She went on to receive a Masters of Music in Piano from Indiana University in 1955, graduating with highest honors. She studied with Carlisle Floyd and Sidney Foster. During her time in university, she joined the Pi Kappa Lambda and Sigma Alpha lota music fraternities. Following her Masters degree, she studied in England with Ilona Kabos. Her first job was teaching piano and theory at Florida Southern College. In 1960, she met and corresponded with Dr. Robert Brandes. They were married three years later on March 9, 1963 at the First Presbyterian Church of Tampa, FL. They brought two and three children to their family respectively, and together they had a sixth, completing the “Brandes Bunch.” Lew enjoyed home decorating and dressing her family well, including outfits she sewed herself for the children (and the occasional doll). When she married Dr. Brandes, Lew moved to Peoria, IL, where the family attended Trinity Lutheran Church. She taught at Bradley University and also gave private piano lessons at home while her children were growing up. She joined the Junior League and Monday Morning Music Club of Peoria. She was also active in Sunday School and Community Bible Study groups at church. Lew’s career as a concert pianist included solo appearances with the Peoria Symphony and various chamber concerts in Peoria and on cruise ships. Following Dr. Brandes’s passing in 2001, Lew moved to Indianapolis, Indiana, where she became a staff pianist at Butler University. Lew was an ardent reader throughout her life. In Indianapolis, she joined St. John the Forerunner Orthodox Church and sang in its choir. She continued growing in her faith and enjoyed studying theology and the Bible. She passed peacefully surrounded by those she loved. She is survived by her six children, Robert (Jana) Brandes of Fort Collins, CO, Melinda (Ron) Henderson of Peoria, IL, Rebecca (Joe) O’Brien of Peoria, IL, Catherine Bringerud of Indianapolis, IN, Claudia (Kim) Brown of Normal, IL, and Laurie (Adrian) Cordoba of Morton, IL; fifteen grandchildren and fifteen great grandchildren. She is also survived by her two younger sisters, Eugenia Martin of Arcadia, FL, and Sallie (Duby) Ausley of Tallahassee, FL. A visitation will be held on Monday, April 5, 2021 from 5:00 PM until 7:00PM with a Requiem service at 7:00PM at St. John the Forerunner Orthodox Church located at 1427 S. Blaine Ave. Indianapolis, IN 46221. A funeral service will be held on Tuesday, April 6, 2021 at 11:00 AM at St. John the Forerunner Orthodox Church. A private family graveside service will be held at Springdale Cemetery in Peoria, Illinois. In lieu of flowers, memorial contributions may be made to Care Hospice (https://www.carehospice.us/) or to St. John the Forerunner Orthodox Church (https://www.stjohn-indy.org/).

Share Your Memory of
Lew
Upload Your Memory View All Memories
Be the first to upload a memory!
Share A Memory