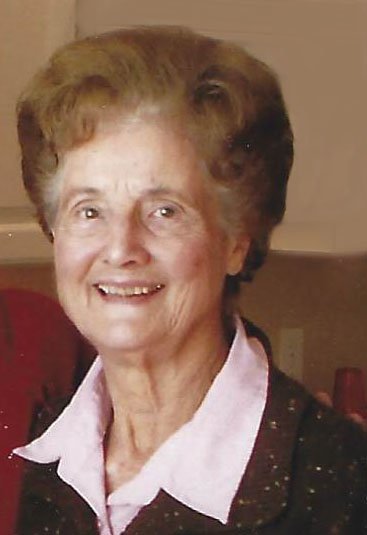 Rosemary (Gazvoda) Medjeski, of Brownsburg, Ind., loving wife, mother, grandmother and great-grandmother, passed away on Friday, February 12, 2021 at 91 years old. Rosemary was born on June 3, 1929 in Danville, Ill., to Frank and Anna Gazvoda. She grew up in Indianapolis where she spent her childhood with her family and friends. Rosemary met and married the love of her life John Medjeski on May 29, 1954. Last year, they celebrated their 66th wedding anniversary. Rosemary worked outside the home the first year of her marriage. She then stayed home to raise her six kids, first in their Indianapolis home and later moving to Brownsburg. She enjoyed cooking and baking for her family and was especially known for her Eastern European bread, Potica, which her family looked forward to during all holidays. Rosemary spent lots of time with her grandkids. Some of their favorite memories with her include playing cards – Rummy and Spoons, taking trips in the Radio Flyer wagon down to the lake to feed the ducks and go fishing, and doing jigsaw puzzles. Rosemary was a lifelong member of Holy Trinity Catholic Church. She is preceded in death by parents Frank and Anna Gazvoda, husband John Medjeski Sr., and son, Steven Medjeski. Rosemary is survived by children, Michael Medjeski (Lynne), Paula Medjeski, Suzanne Page (Michael), John Medjeski (Lori), Terri Medjeski, and Cindy Johnson (Scott); 10 grandchildren; 11 great-grandchildren; a host of nieces, nephews; and other beloved friends and relatives. She will be greatly missed by all of her family, friends and the lives that she impacted. A funeral mass will be held on Thursday, February 18, 2021 at 11 a.m. at St. Malachy 9833 E County Road 750 N Brownsburg IN 46112. Interment to follow in West Ridge Park Cemetery Indianapolis, IN.

Share Your Memory of
Rosemary
Upload Your Memory View All Memories
Be the first to upload a memory!