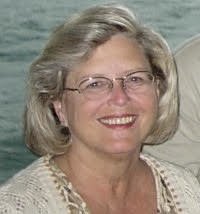 Obituary of Sharon A Nester

SHARON ANN NESTER CARMEL – Sharon Ann Nester, 78, of Carmel, passed away on January 1, 2021 following a long battle with dementia. Sharon was born in Indianapolis, Indiana on October 3, 1942 to Byron and Sarah Margaret (Peg) Wilson. She graduated from St. Philip Neri Grade School and from Scecina Memorial High School in 1960. She was the oldest of five Wilson children and in 1964 became the oldest of 10 children from a blended family of Peg and Norm Obergfell. After graduating from Scecina, Sharon was employed by P.R. Mallory and Company. On New Years Eve 1963, she met her future husband, Robert A. Nester. They were married on December 26, 1964. The couple moved to various military locations until February, 1971, when they moved back to Indianapolis. Sharon was the ultimate wife, homemaker, mother, and a devout Catholic. Her many activities included bowling, needlepoint, and card games of any kind. She loved pets, especially her Yorkie, Dudley. Sharon was very active at Our Lady of Mount Carmel Catholic Parish. Once her children were in high school, Sharon went back to work as the front office manager at Cathedral High School and later as the office manager in the Department of Dermatology at the Indiana University School of Medicine. She retired from IU in 2000. Sharon is survived by her husband of 56 years, Bob, and their three children, Bob (Molly) Nester, Loree Marroquin, and Steve (Hayley) Nester, as well as grandchildren Blakley and Brock Marroquin, Whitney, Luke and Cameron Nester. She is also survived by her siblings David (Sherlee) Wilson, Donald Wilson, Michael (Karen) Wilson, Bob Wilson, Joseph (Fay) Obergfell, Dolores Obergfell, James Obergfell, Dennis (Barb) Obergfell and Mary Joe Baecher-Kennelly. Due to COVID restrictions, viewing will take place from 1:30 pm until the start of the Mass of Christian Burial at 2:30 pm at Our Lady of Mount Carmel on Thursday, January 7, 2021. The family requests those attending adhere to social distancing and wear masks to the viewing and the Mass. Entombment at Our Lady of Peace Cemetery will be limited to extended family members. The Mass will be live streamed @ https://my.gather.app/remember/sharon-nester for those who cannot attend. The family would like to thank all the friends who expressed their thoughts and prayers during Sharon’s long illness. A special thanks to neighbors Randy and Joan Smith, our guardian angels. Sharon was well cared for by the staff at Anthology Senior Living of Meridian Hills and by the hospice workers from Brookdale Hosipice. In lieu of flowers, contributions can be made to Cathedral High School @ www.gocathedral.com/give or to Scecina Memorial High School @ https://scecina.org/giving/give in the memory of Sharon Nester.

Share Your Memory of
Sharon
Upload Your Memory View All Memories
Be the first to upload a memory!