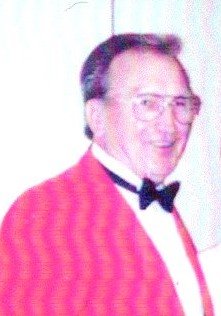 Please join us for a live stream of Mr. Pemberton's funeral service, please visit this link on the day and time of services. https://my.gather.app/remember/lorenza-pemberton Lorenza Pemberton (Pem), 92 of Indianapolis passed away on November 19, 2020. Loe was born in Indianapolis, IN on September 23, 1928 to Lorenza G. and Sarah Jane (Whitaker) Pemberton, both preceding him in death. Loe is survived by his loving and devoted wife for over 75 years, Janet G. (Holding) Pemberton and together they had 3 sons, Darrel, David and Kevin who passed away in 2011. Loe was proud of being the father of 5 generations and is survived by his nine grandchildren Darren, Todd, David, Janet, Sarah, Jessie, Melissa, Melissa and Wendy; and several Great Grandchildren and Great-Great Grandchildren. He is also survived by his sister Ima Jean Fergerson. He was preceded in death by his parents, sisters, Rita Gaither, Daisy Drummond, and two brothers Frank Pemberton and Jesse Pemberton. Loe retired as the terminal manager at Clairemont Trucking Co. and went onto founding Speedway Lock and Key in the 70's and was a locksmith for over 30 years. He had many names, in business he was called Pem, his Restaurant friends called him Larado and LoBo. Loe loved going to Shapiro's Delicatessen for a corned beef sandwich and to Gray Brothers Cafeteria for fried chicken. He always looked forward to dessert, ice cream, peach pie and Janet's Raisin pie. He loved music - played the piano, picked a guitar and tried on the harmonica. He liked Dolly Pardon (not sure if it was her songs or her hooters). Loe was proud of being a Mason. He was loved by so many and will be missed by all.

Share Your Memory of
Lorenza
Upload Your Memory View All Memories
Be the first to upload a memory!