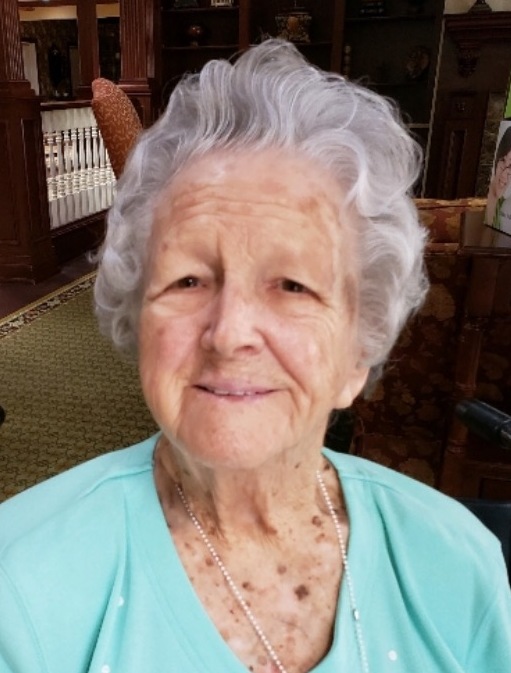 Helen Elizabeth Crane Lawler, 96, of Indianapolis passed away on Wednesday, November 18, 2020. Helen was born during the Great Depression in Illinois to Don and Cordelia Crane, followed years later by her well-loved younger brother, Johnny. For reasons lost over the years her dad always called her ‘Ted’ and her brother ‘Shorty’… No one remembers why. Helen went to a one room school in Illinois for her early years, but just before high school Don got a job in Indianapolis with Polar Ice. The family moved to the Riverside area of Indy and when high school came Helen went to Shortridge, graduating from there. After high school she worked in the accounting department of L. S. Ayres Department Store downtown and attended Indiana Business College at night. Just before WWII she went to work for Allison Transmission on the west side of town where she met her future husband. Merrill and Helen were married on February 22, 1947 and in March 1951 their family became complete with the birth of their daughter Merileta Kay. When first married Helen worked with Merrill assisting him in his side job doing wedding photography. They had a dark room in their house and later rented out their basement as a ballet studio. While married Helen continued to work. She sold Avon, worked at Eagledale Florist as a designer for several years and took over Kay’s job in the order department the Coke plant in Speedway when Kay left for college. She was a Girl Scout and Brownie troop leader as Kay moved through the ranks. Helen lost Merrill in Feburary 1997 the following decades without Merrill, Helen and Kay managed to make work only through the kind hearts of their Speedway neighbors, Kay’s friends in Cincinnati, and new found cousin’s on Merrill’s side, the O’Neals and Mandleco’s. She never lost friends such as Steve, Bob, Jeff, Rhonda and Marvin all of whom stayed in touch no matter her mood. And new people to take care of her including the kindness of Kristen Allison from St. Vincent Hospice. Helen was preceded in death by her parents Donald and Cordelia Crane; brother John F. Crane; her husband of 49 years Merrill S. Lawler; and her funny and beloved nephew Dr. David L. Crane. She is survived by her daughter Merileta Kay Lawler; and first cousin Marvin Brannon, Charleston, IL. Memorial contributions may be made in honor of Helen Lawler to the Merrill S. Lawler Educational Trust benefiting Speedway Police Department in care of Melissa Call, North Salem State Bank, 7 N. Broadway North Salem, IN 46165.

Share Your Memory of
Helen
Upload Your Memory View All Memories
Be the first to upload a memory!