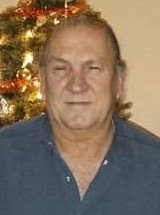 Paul Robert Farrell, 63, of Clermont, Indiana passed away from natural causes in his home September 15, 2020. Paul was born April 13th, 1957 in Indianapolis, Indiana. His parents James C Farrell and Mary "Peggy" Farrell raised him and his six other siblings in a small 4-bedroom house in the Eagledale neighborhood. He attended IPS school #61 for elementary and Cardinal Ritter HS. In his childhood Paul would run around Eagledale with his best friend Mark Foster doing his best trying to stay out of trouble and bring home any stray animal to take care of. Into adulthood, Paul was very handy and would carry a few different jobs. He began working at WR Grace in the late 1970s where he met Shirley and they would eventually have 2 sons together. Paul would eventually take on the responsibility of raising his two sons alone. Paul was a devoted father and grandfather and beyond proud of how his family grew from three to ten. Paul is survived by his sons Travis (Angelica) and Zachary (Dana); grandchildren Carter, Travis, Nathan, Neftaly, and Lylah; and siblings Irene Roseman, Patricia Farrar, and Dody Guidry. Paul is preceded in death by his siblings Jim Farrell and Mary Winkler and his parents James C Farrell and Mary "Peggy" Farrell.

Share Your Memory of
Paul
Upload Your Memory View All Memories
Be the first to upload a memory!