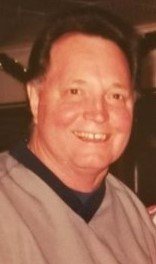 Jerry Wayne Gearries, 78, of Indianapolis passed away peacefully at home August 29th. Jerry was born April 4, 1942 in Indianapolis and attended IPS #75. He was a 1960 graduate of George Washington High School of Indianapolis where he played varsity basketball. After graduation, he worked for W. T. Grant & Co in the Eagledale Shopping Center. Jerry enlisted in the U. S. Marine Corps on October 2nd, 1961. He was honorably discharged on February 1st, 1966, having attained the rank of Lance Corporal. Deployed off the coast of Cuba during the Cuban Missile Crisis, Jerry had readied for an amphibious landing onto Cuba's shore and later participated in "Operation Backpack" in 1964, a major joint US-Republic of China amphibious landing exercise off the coast of Taiwan. Jerry also played on a Marine Corps basketball team and participated in Armed Forces tournament play in Hawaii. Upon returning home, Jerry was in one of the Indianapolis Fire Department's largest class of recruits ever. On August 10th, 1966, he officially began his career as a fire fighter, served 33 years and retired January 5th, 1999 as a Corporal. During his career, he was awarded Fire Fighter of the Year for the City of Indianapolis in 1983. He was twice awarded the Medal of Bravery by the Indianapolis Fire Department, recognized by the American Red Cross as a Hall of Fame Certificate Winner "in recognition of heroism for entering a smoke-filled basement and rescuing a woman and child," inducted into the Police & Fire Fighters Association Hall of Fame "in recognition of acts above and beyond the call of duty" and also by Indianapolis Fire Fighters Local 416 for "extraordinary performance as a professional fire fighter." In 2018 Jerry received a "Golden Hero Award" which is awarded annually to an Indianapolis fire fighter for years of service to the Indianapolis Fire Department, the City of Indianapolis and the State of Indiana. Jerry's favorite activities included working crossword puzzles, playing golf, enjoying "March Madness", and watching reruns of "The Andy Griffith Show" and "Seinfeld". He loved watching MLB, NFL and NASCAR . Most of all, he looked forward to the company of friends and family. Toby Caron Gearries, his wife of 29 years, survives. Also surviving are sons Jeff (Rachel) Gearries, Jason (Lisa) Gearries, Joshua (Allison) Gearries and Jeremy (Sara) Gearries; sisters Joyce (Kathy) Kirkman and Jennifer (Christy) Rockhold; brothers Jeffrey (Evelyn) Gearries and James (Janice) Gearries); ten grandchildren, Charlina Linam, Jalyn Gearries, Jaden Gearries, Jessica Gearries, Delaney Gearries, Mallory Gearries, Jordyn Patterson, Brad Kirkpatrick, Andrea Allen, and Allyson Garcia as well as eleven great-grandchildren. He was preceded in death by his parents, Roy and Anne Gearries, and one brother, John Gearries. Visitation will be at Stevens Mortuary, 5520 West 10th Street in Indianapolis, Thursday, September 3rd, from 3:00 P.M. until 7:00 P.M. with funeral services immediately following visitation. Father Joseph Moriarty will officiate and Jeff Gearries will deliver a eulogy. Graveside services will be conducted at 11:00 A.M. on Friday, September 4th, at Vernon Cemetery in Jennings County. In lieu of flowers, contributions may be made to the National Kidney Foundation of Indiana, Lupus Foundation of America - Indiana Chapter or the American Cancer Society. Due to the COVID pandemic, masks will be required on Thursday, September 3rd

Share Your Memory of
Jerry
Upload Your Memory View All Memories
Be the first to upload a memory!