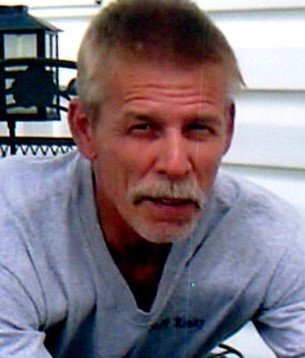 Richard “Dick”Danz, 70, of Indianapolis passed away on August 29, 2020. Dick was born in Indianapolis to Clyde R. and Thelma S. (Britt) Danz. Dick work for several companies during his lifetime, he was a welder Ford Wire Products 1970’s – 1980’s, a Custodian for Decatur and Wayne Township Schools during the 90’s, and Diamond Chain Company as a press operator until his retirement in the early 2000’s. After retirement he worked as a “General Handyman” until his death. Dick enjoyed his hobbies, he loved dogs, girls, fast cars in his earlier days, fishing and spending quality time with his family and friends. Dick would give the shirt off his back to help someone. Dick love Pabst Blue Ribbon beer so much when the local stores quit carrying it, he would “special order” it! Nephews and nieces remember uncle Dick sitting around the kitchen table with a Pabst and Marlboro cigarette in his hands. Dick was always listening to Music! Dick was happy with the life he lived and did it his way until the end.  Dick is preceded in death by his parents, Clyde R. and Thelma S. Danz; brother, Frank L. Danz; and sisters, Bonnie M. Sullivan and Kathy S. Smith. He is survived by his sisters, Linda F. (Ed) Milamand Julie Danz; brother, Danny R. (Sandy) Danz; eight nephews and two nieces;many great-great nephews and nieces and many good friends. Dick was loved by so many and will be missed by all.

Share Your Memory of
Richard
Upload Your Memory View All Memories
Be the first to upload a memory!