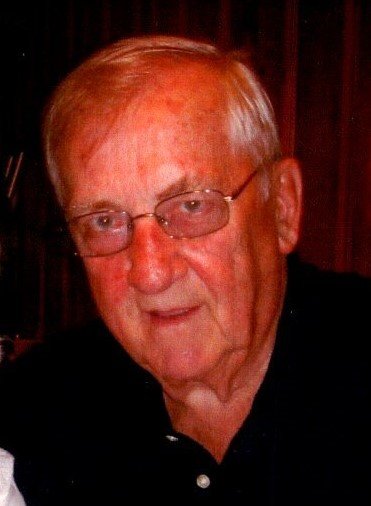 Mac Trusnik, a longtime Police Reporter for the Indianapolis News, passed away on August 27 at the age of 91. He worked for the News 46 years and upon his return from service in Korea, was assigned to the “cop shop” where he covered the stories of Indianapolis for some 40 years. Mac was born in Chicago on December 21, 1928. With the Christmas holy day near, he was given the name Natalino in honor of being a child of Christmas. Evidently, his siblings began referring to him as Mac and that became his name growing up. Mac was an avid fisherman and with his newspaper cohorts traveled each year to northern Minnesota and Lake Mukooda. Now a third generation continues the tradition. Mac always enjoyed participating or watching various sports. He taught his three daughters his softball skills and Tim his love of fishing and the serenity it brings. His children observed his commitment to an employer and to do their best. His love and appreciation of family and friends did not need to be spoken in words, it was just there. Mac’s inherent talent of quick quips and one-liners are well known. It is laughter that helps with any given situation. His other inherent ability was an inner kindness that was a natural feeling to him, not thought about or rehearsed, just present. In retrospect, Mac was a simple man who appreciated his faith, family and friends. He accepted and conquered life’s small challenges and did not get too excited about the bigger ones. He was happy with living and was blessed with 91 years. The Trusnik family moved to the Westside of Indianapolis in 1936 and purchased a home two blocks from Holy Trinity church and school. That era fashioned his formative years and future life. Marriage in 1957 brought him to Speedway, Indiana and St. Christopher’s church and school and where his family still resides. Mac was a member of the American Legion Post 500 and the Slovenian National Home. When he retired in 1994 he was honored to become a Sagamore of The Wabash. Mac is survived by his wife of 62 years Shirley (Zeronik), daughters Anna Allen (Michael), Natalie Hammer (Russ) and Nancy Trusnik, eight grandchildren and four great-grandchildren and Carol Sue Zeronik Denton (Michael) who joined the family at age five. He was preceded in death by his parents Giustina and Louis, brother Louis, sisters Alma Trinko and Sylvia Loviscek and his son Timothy (1963-2008) Mac’s funeral mass will be at St. Christopher Catholic Church 5301 W. 16th St. Indpls, IN on September 3rd, 2020 at 11:00 am with calling two hours prior. If desired, a remembrance donation to St. Christopher’s CYO Program would allow more students and their families to participate, as he and many others have done.

Share Your Memory of
Natalino
Upload Your Memory View All Memories
Be the first to upload a memory!