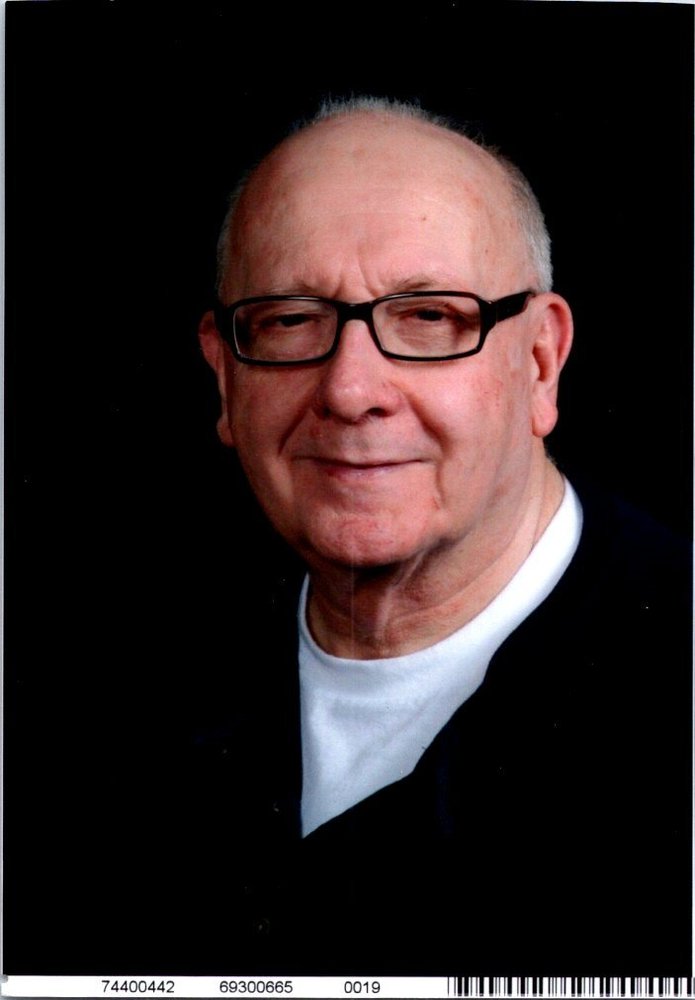 Donald Lee Updike, 84, of Indianapolis passed away on Saturday, June 13, 2020. He was born in Huntington, Indiana to Edith E. Shellenbarger Updike and Dale H. Updike on September 30, 1935. Donald served in the Army for 2 years. He worked for Group Insurance Sales and was a member of St. Christopher Catholic Church. Donald enjoyed golf and playing bridge. He was an avid reader and loved talk radio. He followed the Chicago Cubs and Bears. He was a loyal supporter of IU and Bobby Knight. Donald enjoyed day trips to Wrigley Field. He was preceded in death by his parents. He is survived by his wife of 59 years, Priscilla (Pat) Updike; sons, Christopher (Roxann) Updike and Craig Updike; daughter, Carla (Greg) Flagler; grandsons, Jared Flagler and Noah Flagler; brother, Steve (Pam) Updike; and his nieces and nephews. Memorial contributions can be made to St. Christopher Catholic Church 5301 W 16th St, Indianapolis, IN 46224 or Heartland Hospice 931 E. 86th Street Suite 208 Indianapolis, IN 46240.

Share Your Memory of
Donald
Upload Your Memory View All Memories
Be the first to upload a memory!