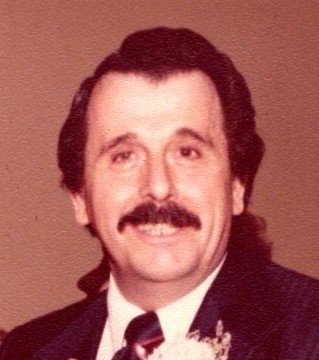 At 90 years old of age, Anastas “Tashe” Kitcoff’s life spanned almost a century. Through his time on earth, he experienced several major historical events shaping the world, the United States and himself. Tashe was born 1929 to immigrant parents in a home on land that is now Military Park in Downtown Indianapolis. He was one of five children from John and Helen Kitcoff (Angeline (step sister), Chris, Dora, Nick) The first major event was the Great Depression were economic pressures forced the Kitcoff family to go back to their farming roots in Edessa, Greece. Dad was 4 years old. The family would work the bastches (agricultural plots in the valley) and scratched a living selling fresh vegetables. Tashe and his brothers worked flocks of sheep and goats in the nearby mountains and went to school. The next major event was the break out of World War II in 1944. The local Greek Army commandeered the family horse (critical in transporting family goods) to haul ammunition for the War and used the schools for barracks as there were no military bases. The German Nazi’s eventually took over and infiltrated the area and causing more hardships with the local people. There was a lot of hunger, bread was rationed at the local bakery. A major task was to wait hours in the bread line for the rationed allowance of bread. While Tashe waited for the family’s ration, the smell of fresh bread to him was to die for! He thought, what a great job it would be to be the baker and have access to daily fresh bread, he would never be hungry! This epiphany would have a great impact to Tashe’s future. After struggling through the depression and World War period, the Kitcoff family pooled all their earnings and bought ship liner tickets back to the US to again seek the American Dream with nothing more than the shirts on their back. Step sister Angeline was married and established in Indianapolis and took the family in, all living under one roof. She remembered the tattered and smelly clothes the family arrived with as this was all they had. At the age of 15 Tashe learned the Baker’s trade as an apprentice with St. Stephen’s Church parishioner Lazo Antanasoff. After several years as apprentice Tashe got his wish of making fresh bread every day. The family got back on their feet, again pooled their money and bought a house on Morris Street. In 1950 the Korean War broke out. Tashe and Brother Nick were drafted. Tashe went to an Engineering Battalion in Germany rebuilding infrastructure destroyed by WW2 , Brother Nick was an infantry soldier on the front lines in Korea. Tashe was the Company Baker where he perfected his baking skills. He became famous for his delicious rolls and pastries. High ranking Officers within the Battalion made it a habit to sample them daily and complemented him on his baking skills. After his service Tashe came back to the states with the rest of the “Baby Boomers” and worked for Boyden’s Bakery for several years. He headed back to Greece in 1958 to look for a bride in the traditional “Matchmaking” way. He was introduced to Evangelia Papalazaro and after courting for only two weeks he found his “soulmate” in Eva and they were married. It was a match made in heaven as Tashe was a devoted faithful husband, they happily lived together as man and wife for 61 years. Tashe scrapped, saved any finally purchased his own bakery business in 1967 (Tashe’s Bakery) on the East side of Indianapolis. Here, he and Eva served as entrepreneurs of the business for over 40 years. Their donuts, cakes and pastries were a big hit with the East siders of Indianapolis. Through hard work and perseverance, Tashe and Eva earned a good living and lived the “American Dream”, saving and purchasing a beautiful home in Pittsboro, Indiana, owning cars and putting their son through college. He succeeded in instilling the principles and morals to assure his next generation would live a standard of life that exceeded his own. He realized the American Dream! Throughout Tashe’s life, his rock and foundation was in the Eastern Orthodox Christian religion and the church community at St. Stephen’s Church. A major event for the family was to attend the annual Eastern Orthodox Diocese Conventions throughout Midwest. The family also attended Church events where all could participate ethnic Macedonian foods and line dancing. He attended church regularly, sang in the choir and served on the church board for many years. There is no doubt where his soul is headed.

Share Your Memory of
Anastas
Upload Your Memory View All Memories
Be the first to upload a memory!