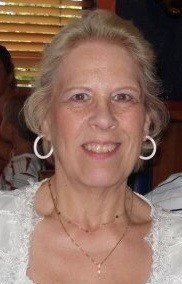 Linda Lea Pierce Smith Harris was born to Harold Malcolm Peirce and Helen Irene Roush Sweetman on July 27th, 1950 in Indianapolis, IN. She passed from this life and joined the Lord in paradise on February 23rd, 2020 in Port Orange, FL. Linda was a graduate of Northwest High School, class of 1968. She was involved in many activities and clubs in high school and most Friday and Saturday nights you could find her dancing the night away at the Westlake Beach Club. She spent 30 plus years on reunion committees and alumni associations. After high school, she went on to attend Marion University. She married Steven Smith in May of 1972 and was widowed a few short years later in November of 1975. On February 25th, Linda went on her first date with Kenneth Harris. They enjoyed their love of live 60’s and 70’s music together. They were married on September 2nd, 1978. They shared 42 wonderful years together. Linda and Kenneth had two children together, Kevin David Harris and Kelly Eileen Scudder. Her life revolved around her children. She was the cub scout leader and Den Master for all of Kevin’s boy scout troops. She was the team mom for all of Kelly’s softball teams. She attended every ball game, every school band and choir concert, every school function. Her children were her life. Then came her grandchildren. Linda’s first grandchild, MacKenzie Rose Scudder was born in September of 2009. Linda’s world would never be the same. Her children brought her joy, but her grandchildren were the light of her life. Ava Irene Scudder arrived in February of 2013 and David Ray Harris made her grandchildren a trio in August of 2015. Her heart was full. In her professional life, Linda had many rolls. She worked for Indiana Bell for 10 years, she was a Chapter 1 Paraprofessional at Westlake Elementary School, and she worked for the Indiana Motor Truck Association for 5 years. She also sat on the board for the Indiana Household Movers and Warehouseman for 20 years, a roll she received numerous awards and recognition for. In her personal time, Linda was an avid crafter and bowler. She enjoyed playing golf and attending Indianapolis Colts games, as she was a season ticket holder for several years. However, her favorite place to be, was the beach. Linda was preceded in death by her mother, Helen Irene Roush Sweetman, and her stepfather, David B. Sweetman and her Paternal and Maternal grandparents. She is survived by her father, Harold Malcolm Pierce (Joyce), her loving husband, Kenneth Ray Harris. Her two children, Kevin David Harris (Angela) and Kelly Eileen Scudder (Nick Kraynak). Three Grandchildren, Mackenzie Rose Scudder, Ava Irene Scudder, and David Ray Harris. Three brothers, Darrel (Yvette) Pierce, Roger Pierce, and Jeff (Megan) Pierce. Services to be held at Steven’s Mortuary in Speedway Indiana. Viewing will be Monday March 2nd from 4pm-8pm and service will be Tuesday March 3rd at 1pm with Burial to follow.

Share Your Memory of
Linda
Upload Your Memory View All Memories
Be the first to upload a memory!