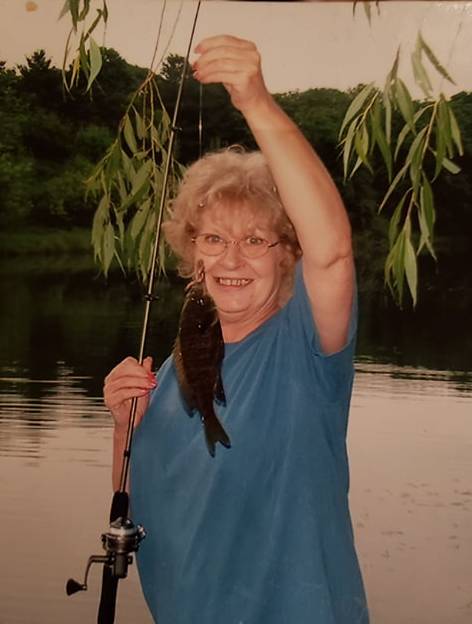 Linda Marie (Wheeler) England passed away peacefully on December 20th, 2019 surrounded by her family at Eskenazi Hospital after a sudden illness. She was born on August 29th, 1942 to Hubert Carter Wheeler and Hazel Pearl (Ford) Wheeler in Gamaliel, Kentucky. She was the sixth of twelve children. Her childhood was typical of rural Kentucky of that time, with life on a farm and a strong sense of home and family.-- Moving to Indianapolis, she met the love of her life and future husband, Enos "Dee" England. They married on November 18, 1961, and were married for almost 40 years when she was widowed in 2001. She was the mother of two children, Steven A. England (Jill) of Norwalk, Iowa, and Anita F. (England) Pruitt (Dwight) of Indianapolis. Her children and family were everything to her and she dedicated her life to being a homemaker, mother, grandmother and great-grandmother. She enjoyed sewing, crocheting, embroidering, visiting with family, cooking, and sampling the cooking of others. Christmas was her favorite holiday and looked forward to sharing this Christmas with her family. Her gardening skills were legendary, and it was said that she could make a flower garden thrive on solid rock. Linda was preceded in death by her husband, parents, sister Wanda "Lucy" (Wheeler) Hire, brothers Pete, Carline, and a brother who died in infancy. She was also preceded by her sweet little great-granddaughter Charlotte Lynn England. Besides her children,Linda will be greatly missed by those who survive her- brothers Kenneth, Bill, James, Johnny and Wayne Wheeler, sisters Faye (Wheeler) Shirely and Gail (Wheeler) Pelley. Her surviving grandchildren are Jessica England, Matthew England (Katie Fober England) and Caitlin England. Step-Grandchildren are Emily Roland, Isaac Pruitt, and Carol Ann Bentley. She is also survived by great-granddaughter Hendrix Fletcher, or as Linda called her, "my little twerp."

Share Your Memory of
Linda
Upload Your Memory View All Memories
Be the first to upload a memory!