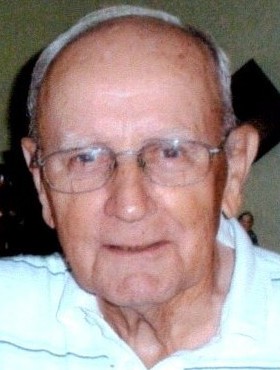 Ralph Fields, 92, of Indianapolis passed away on September 17, 2019. He was born in Bristow, Indiana on June 20, 1927 to Arthur W. and Mary I. (Kew) Fields. Ralph proudly and bravely enlisted in the United States Army and was honorably discharged in 1947.  He enjoyed fishing, boating, camping and playing his guitar. Ralph was a Truck Driver for his entire career having worked for Stark & Wetzer and Cotter & Company. In 2014, and after 64 years of marriage, he was preceded in death by his loving wife, Shirley Maxine Smith Fields. He was also preceded in death by a son, Larry J. Fields; and sister, Helen Trout. He is survived by son, Mike (Debbie) Fields; daughters Jeanne (Mike) Hardwick and Jamie Rudman; seven grandchildren and 15 great grandchildren.