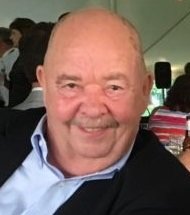 Michael J. Alhand, 73, of Indianapolis passed away on July 4th, 2019, at home with his wife of 48 years, Elaine Renie Alhand at his side. Mike was born November 6, 1945 in Newport News, VA to the late Lee Alhand and Ruth Gauss Alhand. Mike was a Vietnam Veteran and a member of the United States Air Force.

Services will be held at St. Thomas Aquinas Catholic Church at 46th and Illinois. Visitation will be Tuesday, July 9th from 4pm to 8pm and 9am-10:30am on Wednesday July 10th followed by a Mass of Christian Burial at 10:30am. This will be followed by Interment at Calvary Cemetery. A Celebration of Life will follow at the Northside Events and Social Club 2100 E. 71st Street, Indianapolis IN 46220 from 2pm-5pm.

Memorial contributions may be made to the Catholic Youth Organization (CYO) 580 East Stevens Street Indianapolis IN 46203.

Share Your Memory of
Michael
Upload Your Memory View All Memories
Be the first to upload a memory!